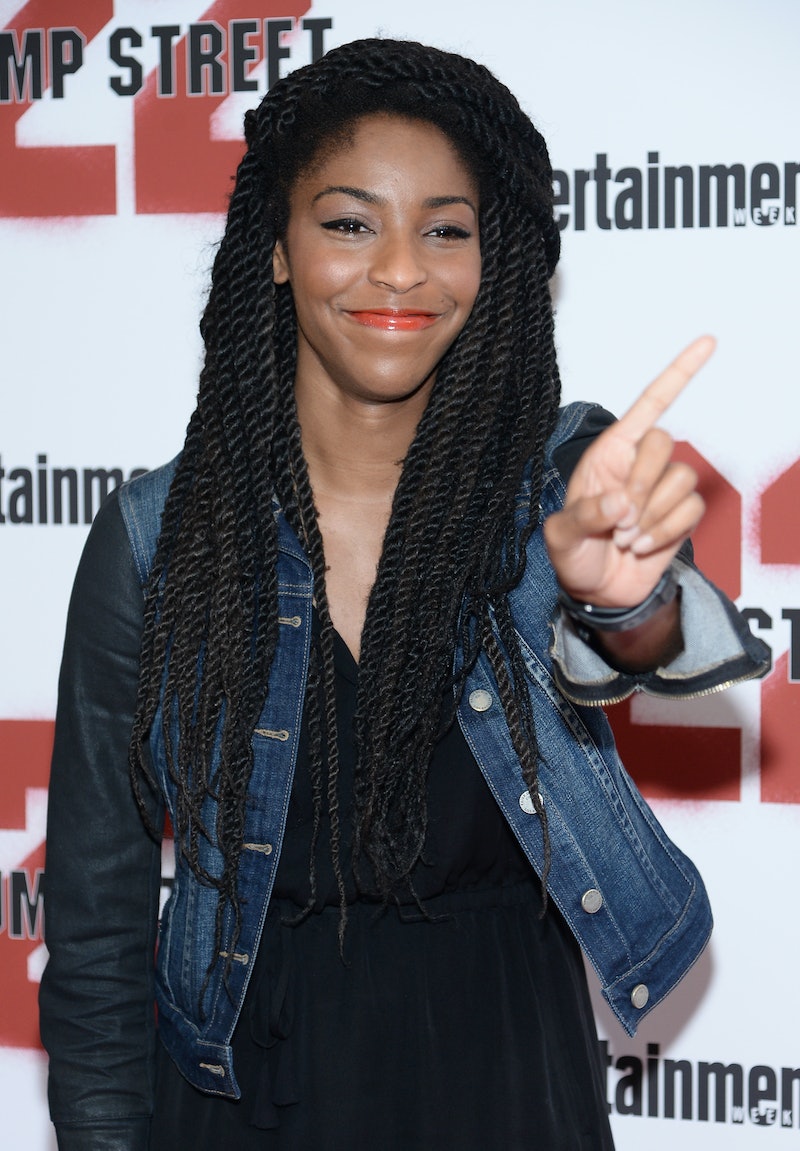 Jessica Williams, honey, you are my shining star. Don't you ever go away from The Daily Show. On Tuesday night, the best part of the best f*&king news team on television, Williams took on the issue of cat-calling and street harassment in a segment called "Masters of Sexism," and so brutally and accurately debunked the myth that intent has anything to do with violation. It doesn't matter what you "mean," dudes; street harassment is unwelcome in all forms, be they benign or "kind," and men need to stop telling women to smile.

Jon Stewart first introduced the bit with the story of New York Sen. Kirsten Gillibrand coming forward and revealing that she had been the victim of grossly inappropriate and predatory comments from male senators, which, though sadly unsurprising, is kind of frightful. Of course, Gillibrand's story made the morning show rounds, including Fox News, where female correspondents chimed in with "let men be men" and "they mean well . . . I think." The lone male analyst admitted, to laughter from his female colleagues, that his preferred method of cat-calling was a slow, deliberate clap as women walked by . . . which, according to him, elicited a "90 percent success rate, you get a smile."

Which is where Williams comes in to destroy the myth of "nice cat-calling." She starts her segment by clapping herself, and then launches into her incredible invective:

This is how we women show our appreciation for the male gaze, and if I may offer my own unsolicited comments to that guy, those smiles don't indicate a 90 percent success rate. It means that a woman is trying her best to end this interaction, because if she doesn't smile he might tell her to smile. If she tells him to leave her alone, he might call her a bitch and I know he thinks he's different, that he's classy, he's charming, but since going to work ISN'T a performance, we're not looking for applause. And what he's doing is basically just a high-minded, Lincoln Center version of "Hey, sweet tits."

What I'm so grateful for Williams hitting on here is the idea that intent makes any kind of difference when it comes to street harassment — whether or not a guy "means well" does not factor into the equation at all, because that implies that men have the right to cat-call women on the street if it's "toned" in the right manner. And as Williams says, women are constantly on the defensive, so even a smile is a defense mechanism just to protect ourselves from those unwanted interactions. It's great commentary this week, when we're still talking about Doree Lewak's misguided piece in the NY Post telling women that cat-calls are flattering and we should just deal with it.

Williams ends the segment with the greatest line ever: "Getting the horny clap of approval from any guy does not improve my day. It actually creeps me out. So guys, get some impulse control, cause I got some shit to do." The best part about this segment? That Williams is pissed, and she should be. It's so frustrating to experience the world as a constant battlefield, and she says, the walk to work is not intended as a display for men to ogle women, it's simply a place where women exist in the world and should feel safe. I love you, Jessica Williams. Stay mad.

More like this
Sandra Bullock, Girlboss Extraordinaire
By Matt Harkins & Viviana Olen
Spice Girls’ Net Worth: The Richest Member Is Wealthier Than The Rest Combined
By Hugh McIntyre
Lydia Leonard Is Setting The Record Straight
By Olivia-Anne Cleary
Stormi Just Walked A Red Carpet With Mommy Kylie Jenner & Daddy Travis Scott
By Hugh McIntyre
Get Even More From Bustle — Sign Up For The Newsletter