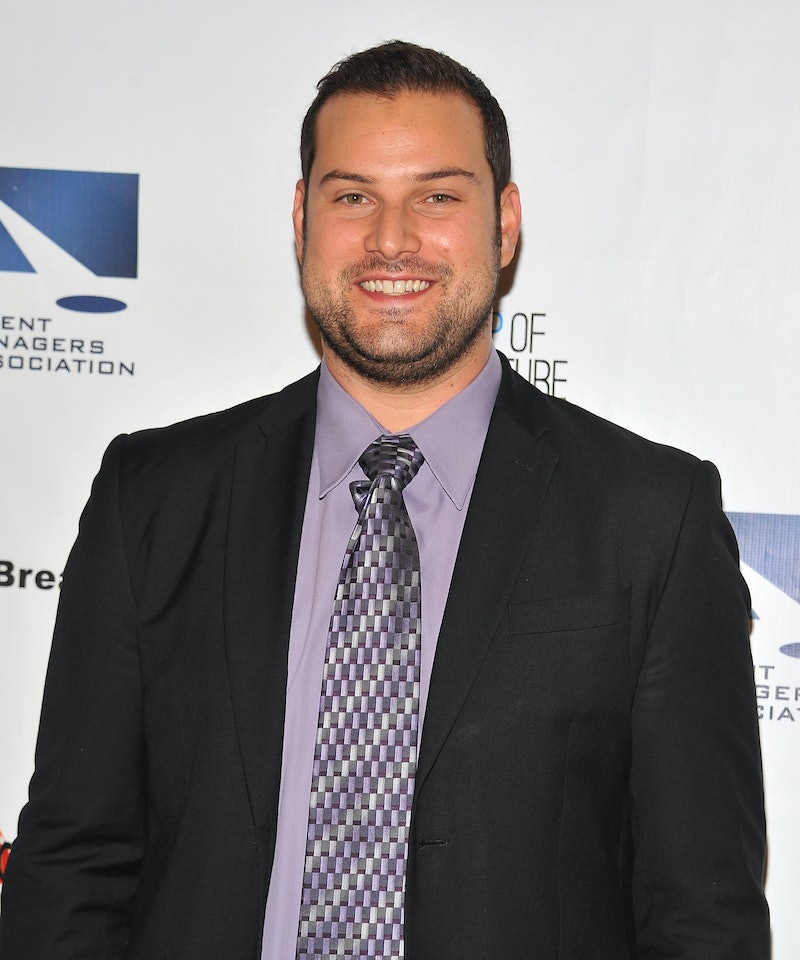 Whether you like it or not, Glee season six is coming in 2015. And, while fans are certain the series' six new cast members and shortened, 13-episode season will be a kiss of death on Glee's last hurrah, there is a shining light in the distance. Max Adler's Dave Karofsky will return for Glee season six and that's actually really great news, even if it's already been plagued by the possibility of a relationship with Blaine. Adler opened up to Bustle about what fans should expect from Karofsky (which is great things, people) in the series' final season and why he was so happy to get that call from Ryan Murphy especially since, he tells me, "I never saw it coming."

So, first, are those Blaine romance rumors true? I mean, that's what all Klaine 'shippers and Glee fans need to know. Obviously, Adler can't really say, but he did reveal that Karofsky will appear in the first four episodes of season six (yay!) and that, "he has some scenes with both Kurt and Blaine, but I can’t tell you what happens in those scenes. You’ll have to watch to see what goes down." And watch, we will. But a potential romance isn't what Adler wants us to take from Karofsky's return. In fact, he's hoping that we, Glee included, all continue to focus on the character's incredible journey from season one until now.

"Beyond whatever happens in the relationship territory I think the important thing to focus on is that Karofsky is alive and he’s well and he came out on the other side of his suicide attempt and whatever he’s doing, he’s doing it. You know, he’s living," Adler says in regard to Glee's ever-changing and evolving trajectory and how it'll affect Karofsky in the final season. "He’s having adventures, experiences, he’s meeting people, he’s out there and I think that is what I would want people to take away and have resonate with them no matter who he’s with or holds hands with or kisses at the end of the day."

I can't help but agree with Adler on this. Karofsky's storyline and evolution is perhaps one of the greatest and most honest things to come out of Glee's past five seasons. And not once was the most important part of it who he was kissing — well, except for his locker room kiss with Kurt when he finally came out. As for his return, what's most important to Adler is that fans will finally get to see where he ended up after we left him lying in a hospital bed following a suicide attempt back in season three.

"I thought I was kind of done, I never knew that I was coming back," the actor tells me about where Glee left off with his character after the powerful scene where he attempted suicide after being bullied for being gay. But, while Adler felt proud of the work he and the episode's director Brad Buecker had done and its reception, he wasn't quite done with Karofsky. And that's what he's most excited to see for himself and for fans when the character returns in season six.

"There were so many questions that I wanted to know about him and so that’s what I’m most excited for that now we get to share with the audience what he’s been up to and how he is and where his mental state is," Adler tells me about what drew him to reprising his role in Glee's final season. "You know, you say it gets better but sometimes that storyline doesn’t really show itself on TV," the actor explains, "you’re just kind of like, 'OK, well it’ll get better and let’s all hope that it does.' So, now we get to see him and know that he’s alive and it’s a really touching way to get that point across through media."

And, really, for longtime Glee fans, that's what this series has always been about — it getting better, whatever it means to you. With Ryan Murphy planning to take Glee back to its roots in the final 13 episodes, it makes perfect sense that we revisit Karofsky — not through a new relationship with Blaine — and see how his story unfolded and whether or not it truly did get better.