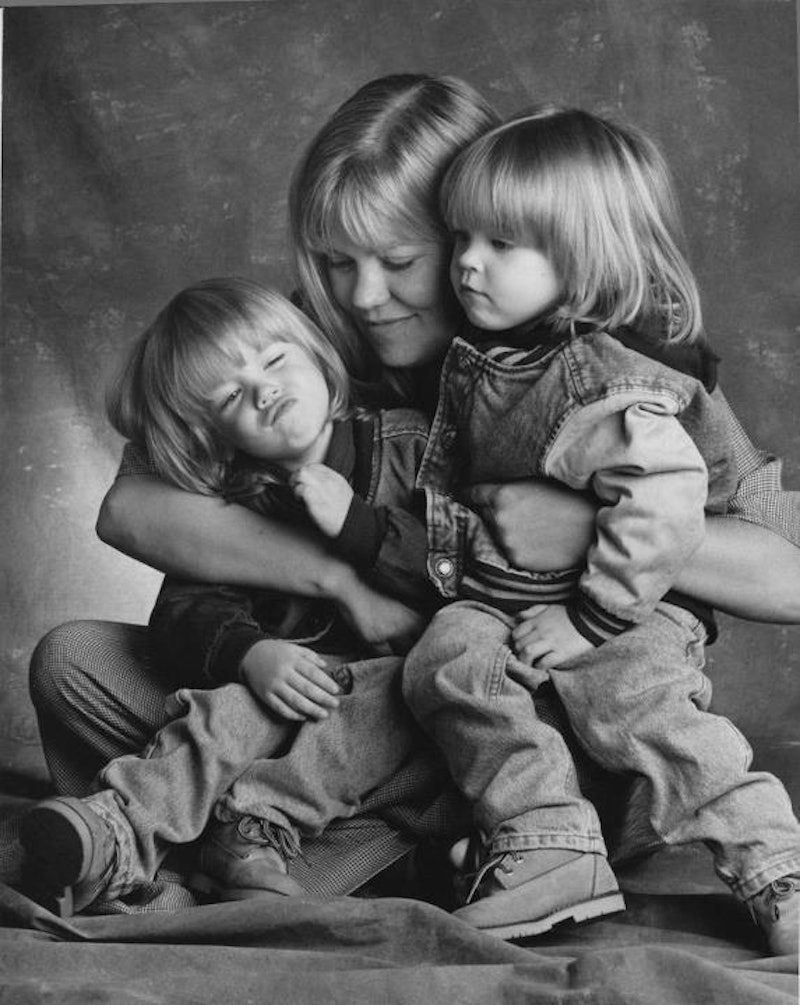 Since the rumors of a Full House spin-off seem to only be getting stronger, we here at Bustle have been wondering just who in that very full house will be in it. Will Steve come back? What about Viper, what's he been up to? Nay, we shall not rest until these television stars of old (meaning at least 10 years ago) are found, and we shall do everything in our power (pretty much just Googling) to find them!

But what about the youngest of the Full House gang? No, not Mary-Kate and Ashley Olsen, but another set of twins: Jesse and Rebecca's twin boys, Nicky and Alex? When Mary-Kate and Ashley got older, these twins had the difficult job of serving up the cuteness on Full House as Jesse and Rebecca's first kids. Well, they've grown up enough to make you feel old. Dylan and Blake Tuomy-Wilhoit are now 23 years old with full time jobs, although neither twin has done any acting work after Full House. And unlike most child actors, it seems like these two have grown up pretty well, in more ways than one...

By the looks of his Twitter account, Blake (like all "true" '90s kids) has a healthy sense of Full House nostalgia. He even weighed in on the Full House reunion rumours:

Does this mean he'll be appearing in the eventual spin-off? It's too early to tell, but for now it seems that Blake is perfectly content working as a firefighter in Atlanta.

Dylan may not be acting anymore, but he's still working in television as a sound technician in Los Angeles. And he has possibly one of the coolest jobs ever: working on post sound for Game of Thrones.

Which means that he was also lucky enough to go to the Emmys:

So while the Tuomy-Wilhoit twins may have cut their acting career short, it seems like it was for the best. Both brothers got to have all the trappings of a normal childhood, including POSED PROM PICS...

...and are doing pretty well for themselves today. But will the lure of the small screen pull the twins back into the Full House spin off? We can only hope...

More like this
The First Trailer For 'That '90s Show' Includes So Many Nods To The Original Series
By Jack Irvin, Alyssa Lapid and Grace Wehniainen
'Gilmore Girls’ Lauren Graham Just Revived Our Hopes For A New Reunion
By El Hunt
These 'Criminal Minds' Throwback Photos Show The Cast’s 17-Year Evolution
By Grace Wehniainen
The 'Ugly Betty' Cast Just Reunited In The Best Way
By Sam Ramsden
Get Even More From Bustle — Sign Up For The Newsletter