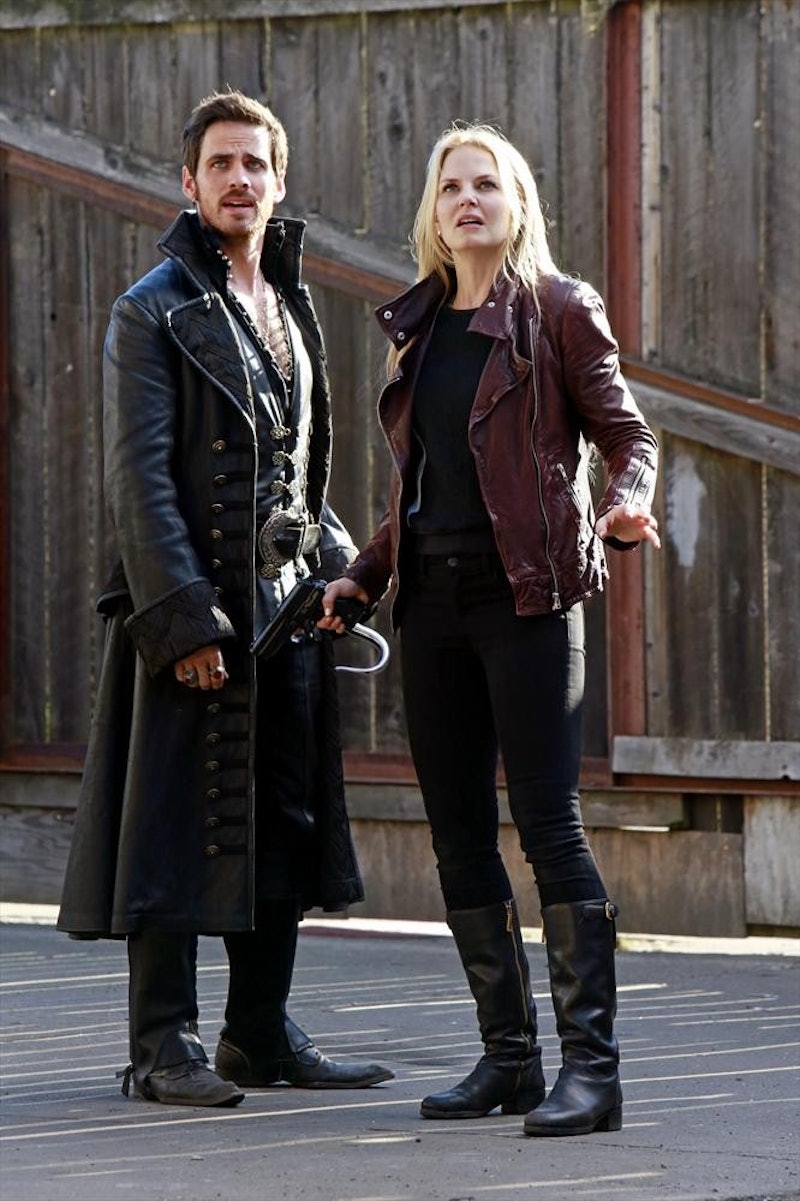 Once upon a time, in a far away, binge watchers across the land were ecstatic to catch up on their favorite shows before the fall season. As anticipation heavily builds for the Sept. 28 premiere of Once Upon A Time Season 4, many of us fans are hoping to revisit the hit series so we can be all caught up when it returns. Have no fear, because I'm here to fill you in on how to watch the first three seasons of OUAT online, because unfortunately, we citizens of the non-magical world just don't have the power to just conjure them up. Don't worry, I've got you covered and for once, this favor doesn't come with a price.

Ah, the wonderful perks of Netflix

Fans are already flocking to Netflix to watch the first three seasons of OUAT. Season 3 was just added over Labor Day weekend so if you were waiting to finish your binge, now's the time! Episodes are approximately 42 minutes and Netflix tends to play them consecutively without having to click anything. It's time to jump on the bandwagon if you haven't already.

Likely to be in competition with Netflix, Abc.com also put several full episodes of Season 3 on their site. They're free to watch, but you'll have to deal with some short commercials and the selection is very limited. Sporadic episodes can also be found o ABC On Demand, although I would avoid the Comcast route if you're trying to watch all of Season 3 in the correct order. Not exactly ideal.

Throughout Season 3, love triangles are created, new romances are shaped, and brand new villains arrive to challenge Regina and Rumplestiltskin’s reputations as the “all-powerful.” In order to prepare yourself for what’s coming next, it is absolutely crucial to watch Season 3 strategically over the next few weeks. How do you do that, you might ask? Here are a few binging tips I highly recommend this September, whether you’re revisiting Storybrooke for theories’ sake or viewing for the first time.

Give Regina a Shot

Okay, I know, the whole series is basically her fault, but in Season 3 Regina earns some serious sympathy points. In her own words, “evil isn’t born, it’s made,” so why can’t it be undone? If Snow White can give The Evil Queen endless opportunities to join forces with the good, we should too. Besides, without her we wouldn’t have a series to obsess over. Just a heads up: there will be plenty of other villains to hate on later, so for now let Regina win you over. Even the Evil Queen is worthy of love.

Fairly early in Season 2, The Seer’s prophecy stated that a young boy would lead Rumplestiltskin to his son, but said “boy” would be his undoing. Spoiler Alert! As of the Season 2 finale, Neal is once again the missing son. If you recall, Rumple set off on the journey to Neverland, the motherload of magic, to assist in finding his grandson. He might kill Henry, he might not, I won’t say. But with Neal clearly alive and no stranger to Neverland, who’s to say Pan won’t be the young boy to lead Rumple back to him? Okay, so technically Pan is, like, a hundred and some-odd years old. But be open-minded rather than accept Henry as The Seer’s focal point. You know what happens when you assume.

Heat wave or not, resist the urge to watch the whole season in one day. Season 3 has 22 episodes with two separate storylines: Neverland and Wicked. Brace yourselves. Things are going to get a little heavy and, Toto, we are so not in Maine anymore. Like I said, new villains to hate on and new relationships to fawn over. The first 11 episodes are dedicated to getting Henry back, while the second 11 are going to throw you for a serious loop. No harm in spacing it out. Five or so a week should do it; keep the finale close to the new premiere and I promise you won’t regret it!

Needless to say, Sept. 28 cannot come soon enough for Once Upon a Time fans, or Frozen fans for that matter. Better catch up quickly this month; Season 4's “A Tale of Two Sisters” is bound to be one fall premiere you do not want to miss.