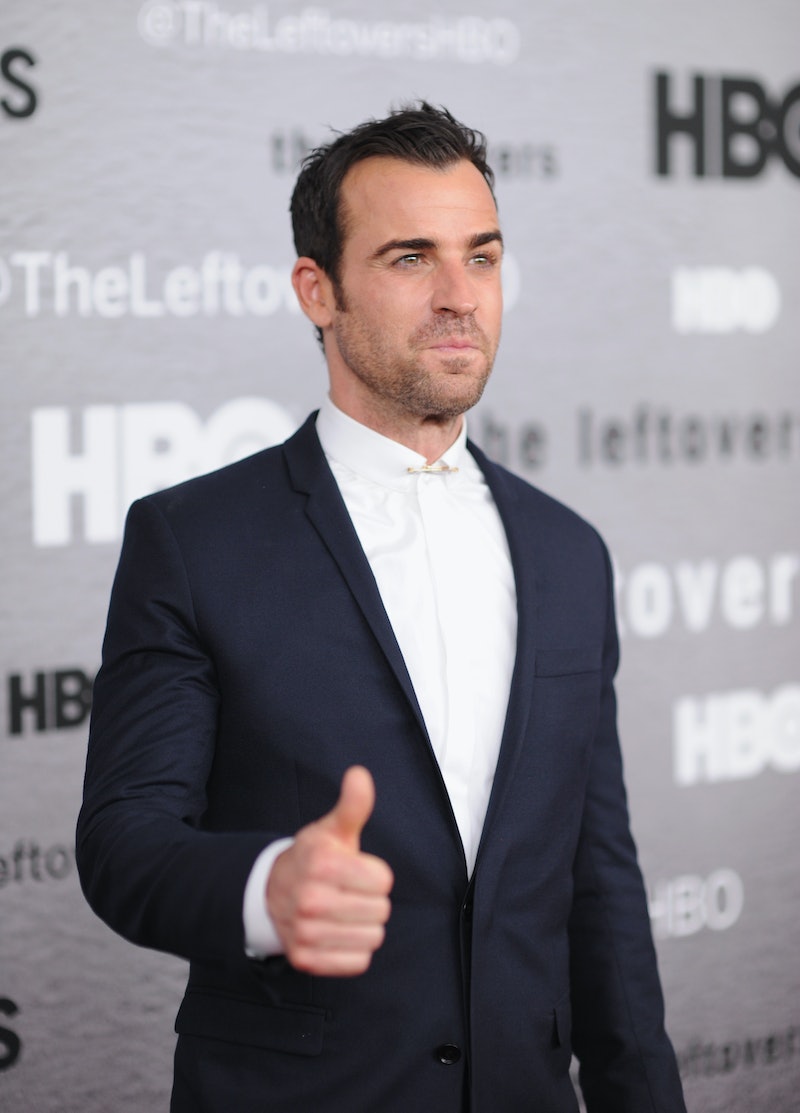 The inevitable happened when Justin Theroux appeared on Conan on Wednesday night. Sure, the actor was there to talk about The Leftovers, but he ended up discussing a more pressing — and, uh, bigger item. Justin Theroux discussed his large, flopping penis that flops away during his jogging scenes in The Leftovers. It is practically a character of its own. Apparently, many folks had contacting Conan O'Brien, imploring that he ask Justin Theroux for an explanation when Theoroux appeared on the show. Something that large and noticeable warrants one, after all.

However, there really is no explanation other than this: Justin Theroux just has a really, really, really, really, really big package. It's so big, in fact, that after filming a jogging scene in the most masculine sartorial choice of all, sweatpants, he was besieged with a request from the casting department to wear multiple pairs of underwear. Conceal the schlong! There's really no further explanation necessary beyond that, so — as you'll see in the video below — Conan has no further questions regarding Theroux's manhood. He simply congratulates him.

Don't worry — the interview isn't just about his junk. Theroux does discuss The Leftovers, but let it be known: Justin Theroux certainly knows he's not only packin', but that what he's got packin' is distracting. But don't worry, all of that underwear should help everyone focus on his acting now.