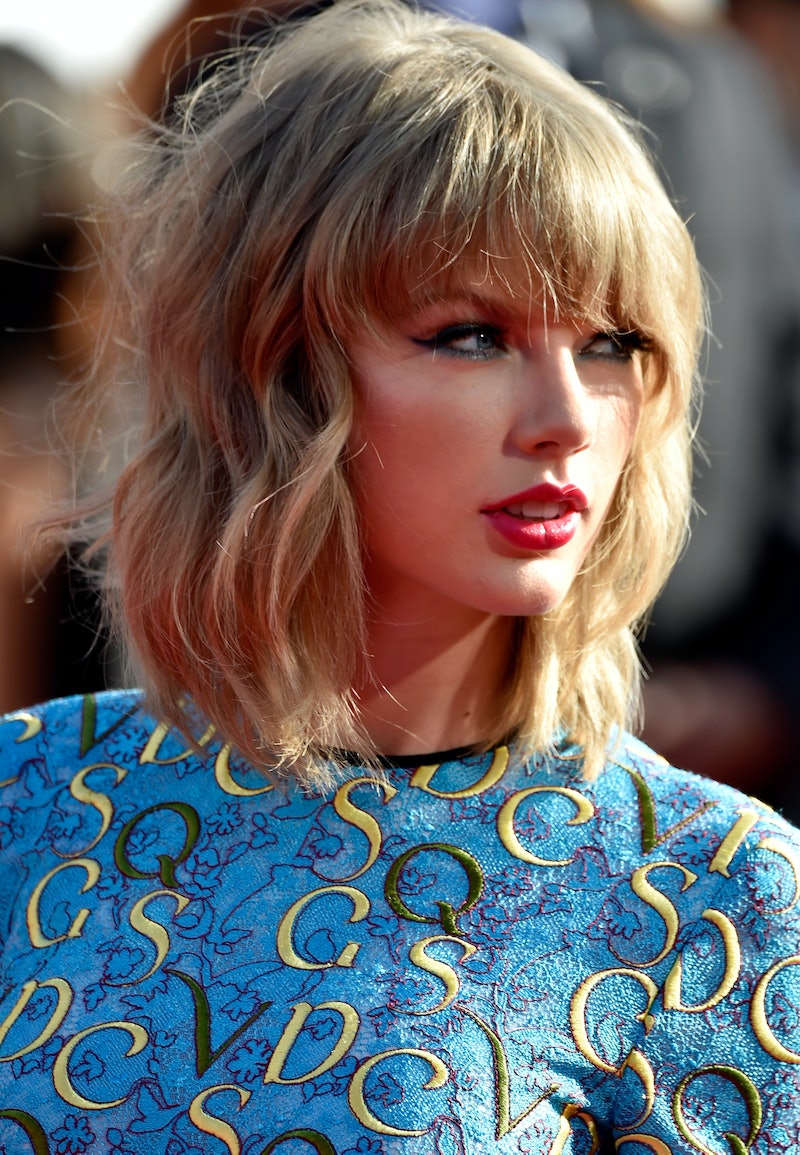 There are a lot of things you could take away from the new outtakes from Taylor Swift's "Shake it Off" music video, a clip released on Thursday that focuses on her scenes with the ballerinas. The beauty of all the dancers' outfits, for one, or the perfection of their synchronized, crazy-detailed dance moves, or the fact that this song is still stuck in your head, over two weeks after its release. Or, instead, you could focus on how incredibly Taylor Swift-like the video is, full of scenes, quotes, and stolen moments that sum up the singer's personality better than a cat-shaped bottle of glitter glue.

And no, I'm not just talking about her hilarious awkwardness, although believe me, that's as present as ever in the clip. I'm referring to the outfits she wears, the dance moves she does, the (many) questions she asks — never in my many years as a Taylor Swift fan have I seen a video that so sums her up as well as the new "Shake It Off" outtakes, even counting the first set of behind the scenes clips released a week ago. Not sure what I mean? Let me break it down:

As any of her Instagram followers know, Swift is very fond of taking Polaroids. She's bust out the camera for many of her life's important events, from family boat trips to hang-outs with Ed Sheeran to the cover of her new album, so of course she'd have ones documenting the making of her first 1989 music video.

The two things Taylor Swift likes most in the world: cats and sweaters. It's no surprise she owns an item combining the two, and that it looks like something one could buy at Forever21. And really, Taylor Swift is Forever21.

Doing Whatever It Is She's Doing in This Moment

Whatever is going on here, it is so typical Taylor Swift.

Being Way More Talented Than She Says She Is

Right before this moment, Swift was going on about how bad a dancer she is compared to the ballerinas and how she can do "relatively nothing" with her body. Then this split happened.

According to the ballerinas, this was Swift asking them questions about proper stretching positions and what goes into their typical warm-ups. Peppering professionals with well-meaning but probably slightly irritating questions? So Taylor Swift.

As in Kloss, Swift's supermodel best friend. Of course.

Staring Super Intensely Into the Camera

And looking vaguely like Pam in The Office after she's plotted something especially silly. When Taylor Swift breaks the fourth wall, she breaks it hard.

This is her "I'm just fishing" routine or, as Swift called it, her "worst Mom-and-Dad dance move."

Winking is one of those things that's cute in theory but nearly always cringeworthy in practice. When Taylor Swift does it, though, it's a confusing mix of funny and adorable and awkward and weird and uncomfortable. In other words, as typical a Taylor Swift interaction as it gets.

Watch the whole video below and see for yourself: