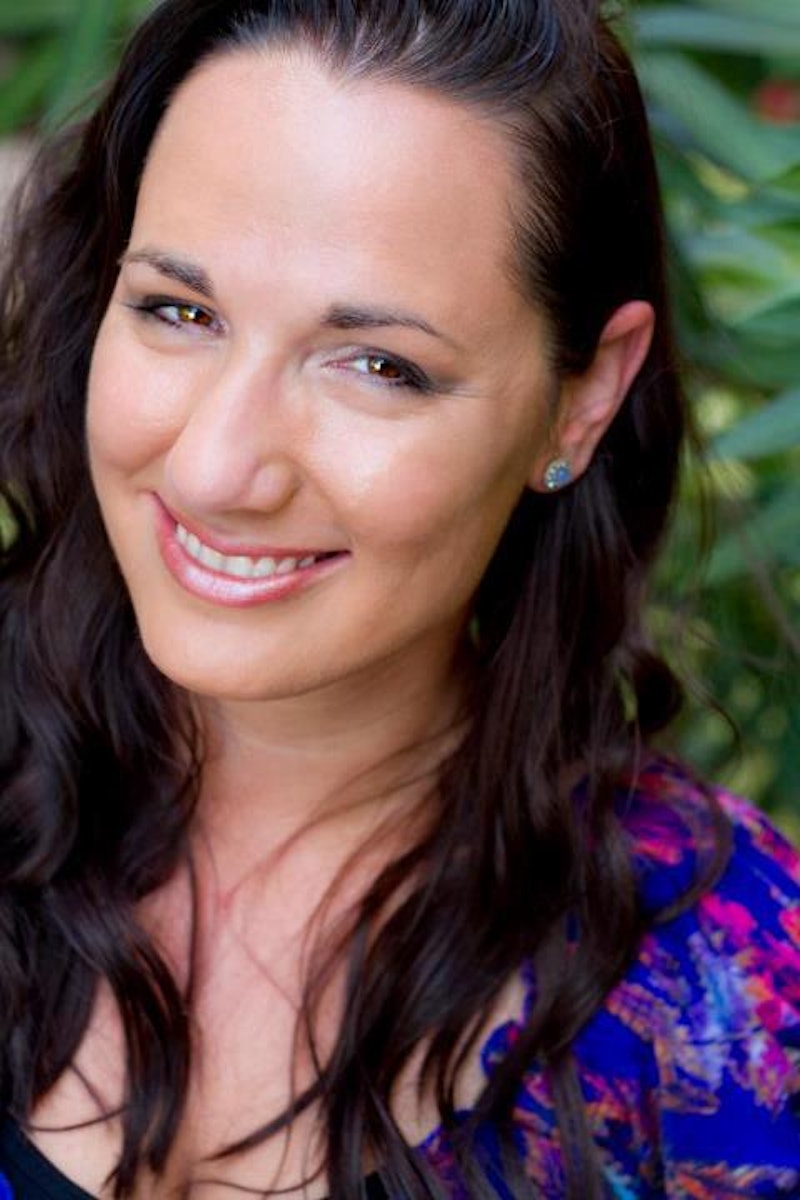 Jennifer L. Armentrout announced today she's is making a bold choice for the final book in her fan-favorite The Dark Elements series: She's going to let readers choose how it ends. More specifically, she's going to let fans pick which of the main character Layla's love interests she's going to end up with, Zayne or Roth.

Armentrout has been teasing this big news for a while on Twitter, and she admits on her website that the decision was made almost a whole year ago. But here's how it's going to work: The second book in the series, Stone Cold Touch, comes out October 21. Beginning on that day, a poll will open on the series website asking readers to choose whether they'd like Layla to be with Roth or with Zayne. After three weeks the poll will close, and when the votes are tallied, Armentrout will write the final book, Every Last Breath, according to those results. But, there's a catch: Readers won't find out who won the vote until the book is published.

For people who haven't read White Hot Kiss, you should. You have more than a month to catch up. But here's the short version:

Half-demon, half-gargoyle Layla is cursed with a kiss that will kill anything with a soul. This, obviously, is big trouble. But it doesn't mean it stops her from crushing on guys. In particular, there are two.

As many writers and screenwriters for popular love contests — Peeta vs. Gale, Dawson vs. Pacey, Maxon vs. Aspen — know, pleasing both sides is impossible. No matter your choice, you're disappointing half of your fanbase. So, is Armentrout doing the smart thing by putting the decision in her readers' hands? She likely has ideas in her mind for how each side of her story would end, depending on the results.

When Armentrout announced the news on Twitter, fans quickly jumped in to stake their claim on their vote.

#TeamRoth seems to have the upperhand in the straw poll, so all you #TeamZayne fans, make sure you get to the polls come October.

But what's most interesting about this news is what it means for the fans.

I'm pretty sure Tiffany King's GIF speaks for every Dark Elements fan on Twitter right now, but what is truly notable is that the first three tweets are right: Armentrout's decision shows an immense respect for and acknowledgement of her fans. She is truly seeing her writing in context of the world of YA, where readers devour books, idolize authors, and have strong opinions on how their characters are treated. Just look at what happened with Veronica Roth and how she choose to end her Divergent series. It was mayhem.

In this way, sure it might be risky, but she's set it up in very clear confines. But allowing fans to make the choice, she's bringing people into the fold that gave her this opportunity in the first place: The readers. And for that, I give serious props. Well done, Armentrout.