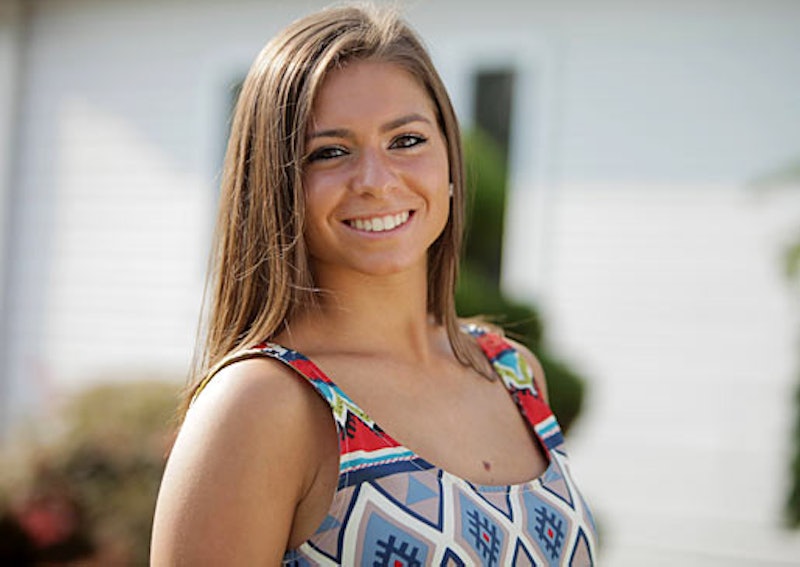 As much as I absolutely love the Long Island Medium, Theresa Caputo, I have to admit it would be pretty difficult at times to be part of her family. Forget how much time Larry spends concealing his eye rolls at the rest of the family — her kids definitely have it the roughest. Take how embarrassing your mom was in your teen and college years, and multiply it by about a thousand to account for the fact that she constantly stops to talk to strangers in public about their dead relatives. Do you feel for these poor children yet?

But despite their mom's antics, Theresa's managed to raise two pretty solid humans. Bustle writer Marisa LaScala already determined that Larry Jr. is actually a reasonably regular dude, and as for Theresa's daughter, Victoria? Upon further research (read: stalking her Twitter and Instagram accounts), I've discovered that she would actually be an ideal bestie. From the minute I realized her Insta uploads consist primarily of photos of her dogs, I knew she was great. Forget the fact that her mom is like a telephone to the other side, which is undeniably awesome in itself — there are way cooler things to love about Victoria Caputo.

I'm totally the same, but with cats. And everyone knows animal photos are way more fun to look at than filtered pictures of Starbucks drinks and the occasional generic sunset.

She routinely spends time on the TLC red carpet

I really hope this means she has met and hung out with the Duggars. I really need hairstyling tips from Jill. It's an emergency.

She cleans up well

Like, to the point where I want to ask her to go shopping with me next time I have a special occasion coming up. That dress looks amazing on her!

She understands Full House on a philosophical level

And also understands how difficult being a girl can be sometimes

Especially in a world where Pinterest exists, because it can seriously make you feel like you're behind on some sort of "Lessons in Womanhood" workbook. I think I was absent the day they taught contouring, because it makes absolutely no sense to me.

And in this video showing off her gymnastics chops, she proves she's super talented

I don't know a lot of people who could flip over an uneven bar like it was nothing — in fact, I don't even know a lot of people who could do a complete cartwheel, but Victoria is just as talented as her mother would have us believe. To have that much faith in your own skill that you aren't going to land on your head and end up with brains all over the gym floor? That level of badassery is completely unprecedented.