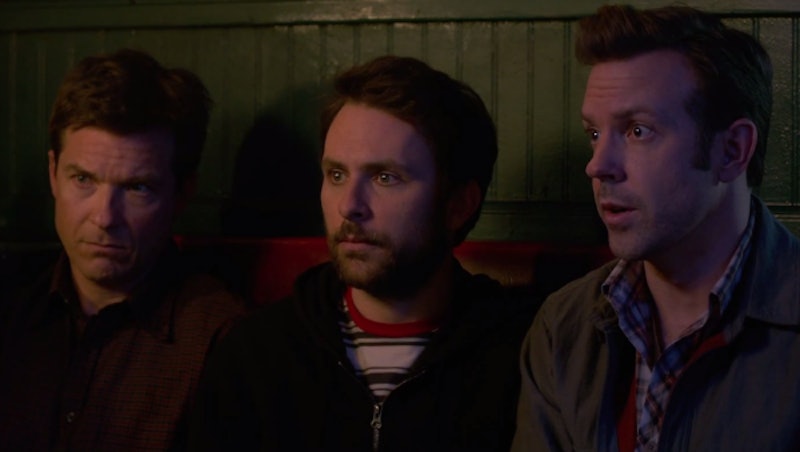 The Horrible Bosses guys are back and this time they've got a mission twice as dangerous as murdering their titular horrible bosses. The original black comedy film, which starred Charlie Day, Jason Sudeikis, and Arrested Development's Jason Bateman, pretty much proved what a failure the three men were at a crime like murder. However, in the new trailer for Horrible Bosses 2, they seem to think they have found their niche in kidnapping. They should have known that you're probably not any good at a crime that you can't even spell.

Considering the last trailer for Horrible Bosses 2 featured Jennifer Aniston asking Bateman to use her as his personal toilet, it might be disappointing (or a huge relief) to know that her appearance in this trailer is a lot more tame. Of course she's still coming on to the guys — her title on the original Horrible Bosses poster was "Maneater", after all — but this time she's keeping it simple. If you consider blackmail simple.

"I'm going to call the police and I'm going to send you all to jail," says Aniston in the trailer. "Unless you guys plow me." This is followed by a short sequence of the guys trying to figure out exactly how this three-on-one is going to work and how Day's character can possibly participate considering he is already married. In light of all that, the whole kidnapping thing really seems to come secondary, even with an awesome soundtrack like Lil Jon's "Turn Down for What".