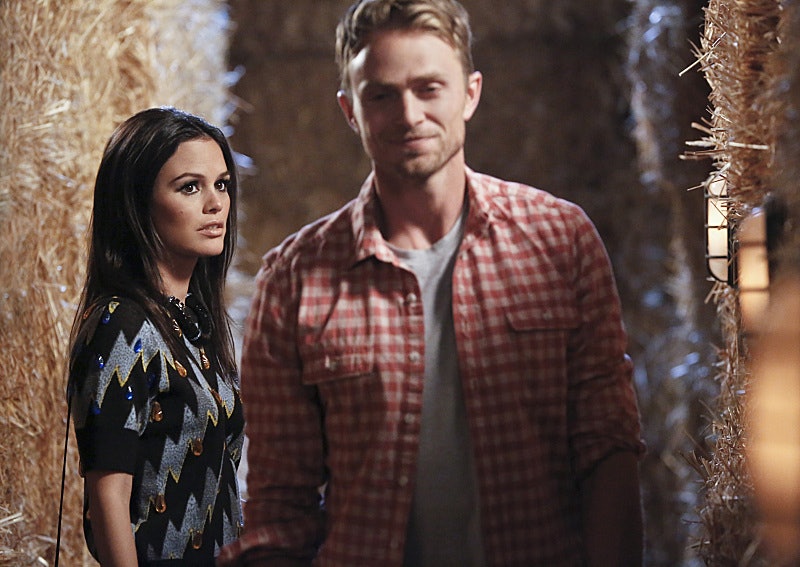 Of course I want Zoe and Wade to get back together, how could you even ask me that? Unfortunately, that might not be the case when Hart of Dixie Season 4 returns in 2015. Our beloved Zade might be in big trouble with Hart of Dixie including Rachel Bilson's pregnancy and the casting of Doctor Henry as a potential love interest for Zoe. But, there could also be another problem — Zoe professed her love for Wade at the end of Season 3, but what if Zoe hasn't really changed enough for Wade?

Way back when Zoe and Wade were dating in Season 2 — I know, it seems like so long ago — everything was all good until Zoe started trying to push him towards change. It was catastrophic, it was basically the reason why they broke up. Zoe tried to interfere in Wade's band, thinking that she was just trying to help Wade succeed, by telling him he'd have a better shot of winning the Battle of the Bands if George performed with him. And it didn't go well, Wade went rogue and ended up cheating on Zoe and lying about it until he finally came clean. But at that point, why should she take him back? Zoe resolved that he couldn't change (considering he'd cheated and used the same lie on his ex-wife, Tansy) and left.

Now I, by no means, think it's Zoe's fault that Wade cheated — that's 100 percent on him for thinking that that's the way to handle feeling like he's under too much pressure. It's immature, it's cruel, and it's definitely not behavior that you want in someone who might be the father of your child. But, I do think that Wade's changed since then; he bought the Rammer Jammer and turned it into a successful business, he worked with Lemon, and he had a semi-functional relationship with Vivian Wilkes. He's evolved, at least a little bit between cheating on Zoe in Season 2 and now, going into Season 4. He can handle things and he's not just coasting through his life anymore, even though he refused to franchise the Rammer Jammer because he didn't want to sit behind a desk for the rest of his life. (I can support that.)

Which leads me to Zoe and this pregnancy and the possibility of a Zade reunion. Personally, I don't think a pregnancy will scare Wade off at this point, regardless of whether or not the baby is his. I mean, he did pretty well with Vivian's son, even though that kid was so not pro-Wade. What I do think will keep them from getting together will be how Zoe handles the pregnancy and Wade's attempt at being a good father. (Because we all know how he feels about his own father, Crazy Earl.)

As far as I can tell, Zoe hasn't really changed that much. In fact, she's still constantly meddling in other people's business for better or worse — look at what she did when Lemon and George slept together or when she set up Harley and Grandma Sylvie this past season. I know Zoe thinks she's accepted Wade now that she's over his infidelity and part of the reason she's ready to jump back in is because he's shown initiative with his business. And I know she always thinks that she's "just trying to help." But is she really ready to accept Wade if he's a less-than-perfect father and the fact that he might not actually need help becoming the man she wants him to be?

Here's the thing: Zoe wants Wade back, but she's also having a baby. We know that for sure now. And I really do believe that she thought that she could accept Wade and all his quirks and forgive him for cheating on her, but I'm not so sure if she can accept that for her and her (or their) child. She's going to need him to be a certain type of person and if he's not or if he can't handle her trying to make him change into that person, this won't work for them.