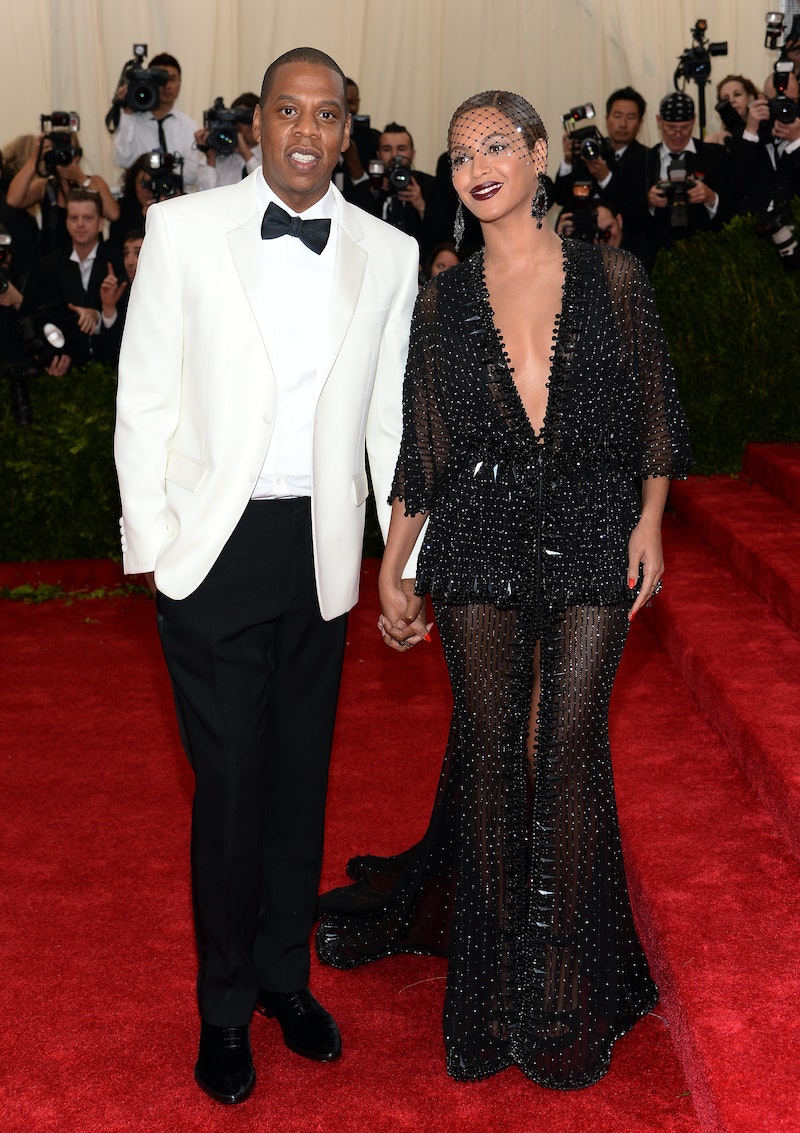 In case you haven't heard yet, Thursday, Sept. 4 was Beyoncé's 33rd birthday. I'm just kidding! Of course you've heard. Whether it was a post online on 33 Things You Don't Know About Beyoncé or Twitter users claiming that Beyoncé and the Illuminati killed Joan Rivers (seriously, that happened), you no doubt saw that Bey-Day occurred. But if you need more proof that Beyoncé does, in fact, have a birthday like the rest of us mere mortals, look no further than Jay Z's birthday video for Beyoncé which was posted on his website's YouTube page.

The video is a 33-second (duh) montage of Beyoncé doing fun shit and it is the Bey Z equivalent of those couples who wish each other happy birthday on Facebook. Like, y'all definitely see each other and are probably going out to dinner, or worse, actually live together, so why are you wishing each other happy birthday on Facebook?! I don't understand! As for Beyoncé and Jay Z, the whole world knows they're in Corsica together drinking rosé on the beach, enjoying infinite swimwear choices, and never having to wash the sand out of their towels themselves, so why the video?! WHY, JAY Z? WHY???

There is only one explanation: Jay Z is also in awe of how amazing Beyoncé's life is.

The video shows Beyoncé doing her hair with perfect cat eye makeup, Beyoncé riding in a golf cart through an arena after one of her concerts, Beyoncé performing in a crazy ass outfit that looks like it has a train made out of a parachute, Beyoncé dancing around in an off-duty look but still wearing the perfect shade of red lipstick, Beyoncé roller skating across a stage and pulling off the flannel-around-the-waist look with aplomb, Beyoncé leading some sort of wave with a glass of champagne in her hand, and Beyoncé having an extremely genuine smile.

Jay Z's birthday video to Beyoncé is simply a high-quality fan video (I wonder if he has an anonymous fan Tumblr too), and if I look at it that way, it's hard to blame him. Her life makes me envious too, Jay Z.

But for real though, you couldn't have just gotten her a cupcake and wished her happy birthday in person?