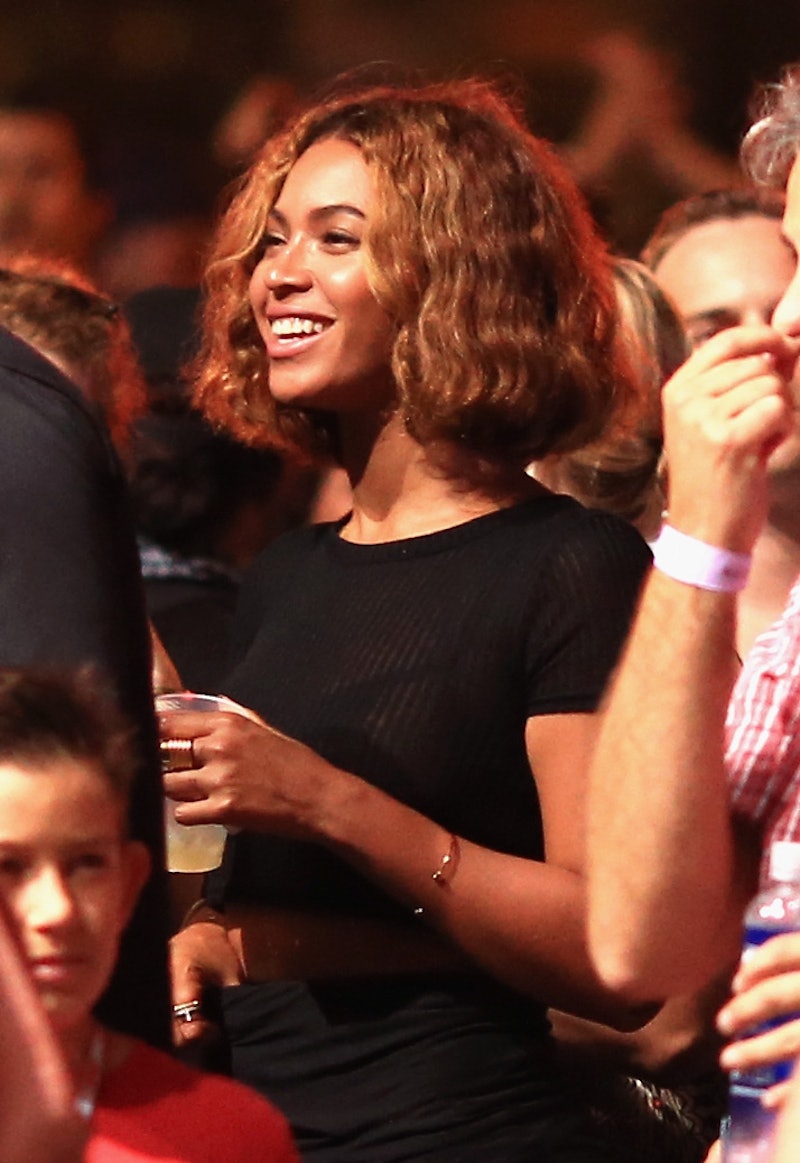 What happens when you mash up two of the biggest names in the music industry with one of the most hilarious people in comedy? Magic, that's what — or at least, a photo, like this pic that Aziz Ansari posted of Beyonce and Jay Z, casually chilling with the Ansaris, you know, as they would. This foursome can lead a whole slew of thoughts such as, "is there going to be the greatest music and comedy collaboration of all time?" And "how freaking awesome would their DINNER PARTIES be?!" And then... "what if Beyonce guest starred on the final Season 7 of Parks and Recreation?!" How awesome would that be?! You may begin fantasizing now.

Here's a moderately far-fetched pitch, but one that just feels right. What if Beyonce was a pediatrician who takes care of Leslie and Ben's triplets? Who... sings to them to calm them down? Also, imagine the amount of explosive lady power that would happen if you put Amy Poehler and Beyonce in the same room. Boom.

Even if Beyonce doesn't lend her acting chops to Parks and Rec, it would be cool if she lent her vocal prowess to the show in its final season. And you know Tom Haverford would rock out at her concert if the Parks Department gang decides to travel out of Pawnee to see her show.

Of course, a Beyonce guest spot is just a dream, but when the Ansaris are hanging out with Queen Bey and Jay Z, ya gotta let your imagination go nuts.