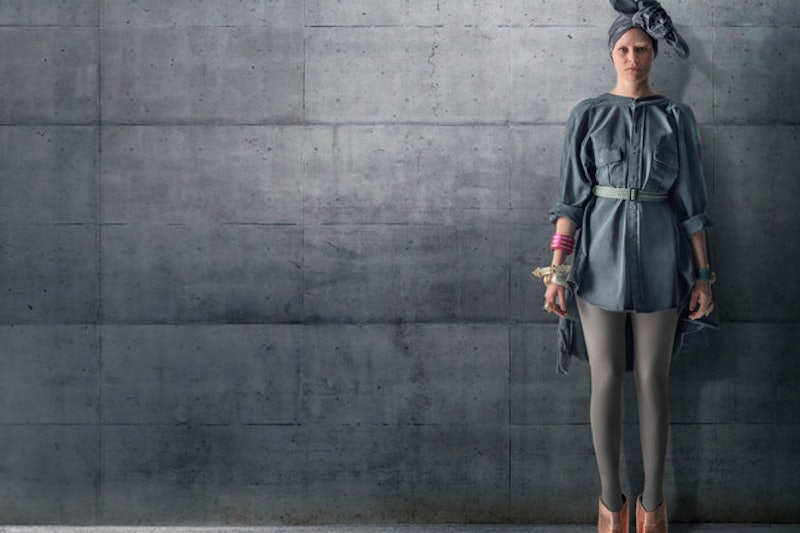 It's inevitable that a movie has to make some changes from the book it's based on, and The Hunger Games series is no different. When the Mockingjay character posters were first released, fans of the series noticed that Effie Trinket was among the citizens of District 13, which is a very different outcome than what happens to her in the book. Spoiler alert: In the novel, no one even knows if she's alive for much of the book, and when they do find her, she's a vacant version of usual self after the Capitol tortured her for information. So why is Effie in District 13? Actress Elizabeth Banks opened up about the decision to E! News saying:

Well she doesn't make an appearance in District 13 in the actual book, but [author] Suzanne Collins and [director] Francis [Lawrence] and everyone sort of came to me and said ... ‘it would be really fun to keep her involved in the story' and of course I'm thrilled to be a part of it and get to go to 13 and take care of Katniss a little bit longer.

Ordinarily I don't like when a movie deviates from a book to such a large extent, but with Effie it somehow seems right to keep her in the film, especially since the author proposed the idea. Plus, Banks really brought her to life in the first two films and even showcased the change of emotion in her character from film one to two. In Catching Fire, she's still a dolled-up Capitol citizen who cares about parties and fashion, but she has more empathy for the districts' suffering and the suffering of Katniss and Peeta in particular. In the first movie, she simply saw their victory as her ticket to a better district mentorship, but in the second she had actually grown to care for the two tributes, no matter the district they came from.

Her character arc is brilliantly played by Banks and it would be sad to see her leave the movie, since she adds another needed layer. Besides, how can we pass up a chance to see Effie having to deal with the gray military uniforms of District 13? Banks, too, enjoyed that aspect of the movie saying:

Effie really is a fish out of water in District 13 and they do not have anywhere near the resources that the Capitol does. So Effie really finds herself having to what I like to call 'Project Runway her way' through the wardrobe that's given to everyone ... she of course has to put her own twist on everything. She can make anything fabulous."

You can see in her District 13 poster that she has done just that, adding accessories here and there and doing the best with what she has.

She will add a bit of lightness to a pretty ominous film. And hey, if the movie can change Effie's fate, then perhaps it can allow for some of the other beloved characters to survive their original endings, if you know what I mean.