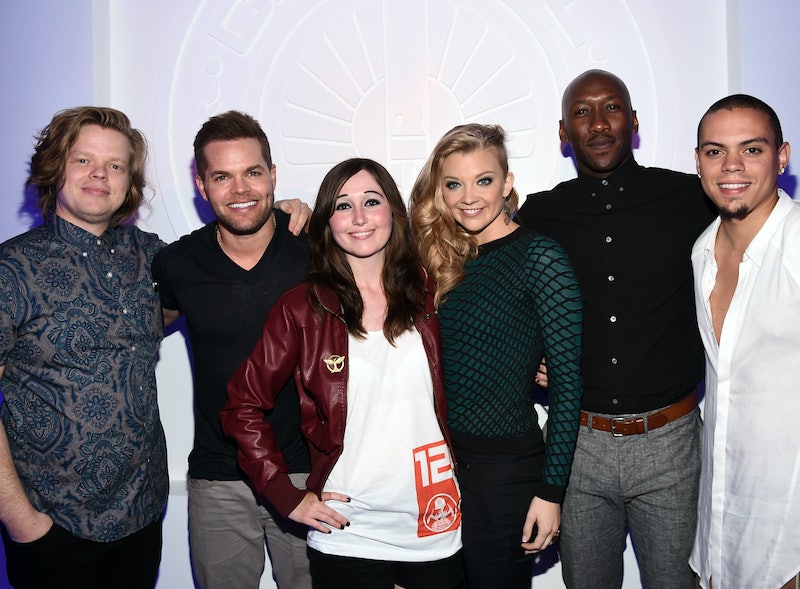 Fans of The Hunger Games have expressed their anticipation for the next installment of the franchise through gestures such as this incredibly creative Mockingjay credits sequence, and now there's reason to believe their support hasn't gone unnoticed. Lionsgate has continued its promotion of the film by releasing the official District 13 logo and character posters from The Hunger Games - Mockingjay: Part I. Although they obviously put some major thought into marketing, it's clear that they're not coming off the details that easily. A viral website District.co.in allows fans to slowly peel back the layers of the home of the rebels, but even after looking over this step-by-step manual on accessing the site, I still might need Katniss to help me figure this thing out.

The good thing about this promotional material is that it's way more intriguing than the Mockingjay poster reveal, which left Bustle writer Alicia Lutes completely underwhelmed. Hopefully the newly-released character posters plus the fact that Lorde's curating the entire soundtrack will make up for any disappointments thus far.

Anyway, for those who want to get right to the good stuff, here's a quick look at all of the character posters that have been revealed so far: