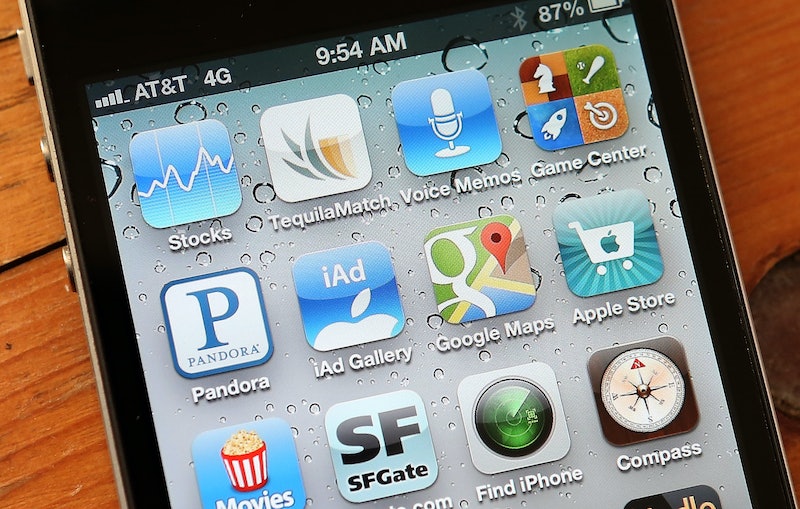 You meet all sorts of people on Tinder, from feminist dudes, to guys that belong on the Straight White Boys Texting Tumblr, to people who want to make bizarre parodies of your photos for no particular reason. And if you're very (un)lucky you might also meet the guy who threw the biggest Tinder temper tantrum of all time. Seriously, who is this dude?

It is constantly amazing to me exactly how entitled certain men feel to women's time and attention. And to sex. Let's not forget all the guys who feel entitled to sex. In this particular exchange, we see a guy make a seemingly unprovoked sexual comment (I mean, there could have been some build up we don't get screenshots of, but it really seems to come out of nowhere). This in and of itself is not unusual or surprising, nor is the fact that the girl messages asking him to stop contacting her. So far we are par for the digital dating course.

But whereas most guys might send one or two confused or upset follow up messages before moving on like the grownups they theoretically ought to be, this guy commits to his outrage like nobody but an egotist or a 2-year-old really can. The resulting temper tantrum is so intense it's downright comical. Like, I recognize all of the truly harmful, misogynist, and entitled attitudes towards women that are at play in this rant, but the overall effect is just so outrageous it's funny.

I mean, just look at it. He's like a caricature of an entitled Internet dudebro, only not at all self-aware about it. You can practically hear him stamping his feet. It's hilarious.

Yeah... clearly she's the mediocre one. Being, you know, a well-adjusted person who doesn't need to boost her ego by ranting excessively at random people on the Internet. I mean, come on ladies, this guys is such a catch, isn't he? Girl totally missed out.

(If you'll excuse me, I might have sprained my eyes from rolling them too hard.)

Images: The gentlemen you meet on Tinder/Imgur (6)

More like this
Are Sagittarius & Capricorn Compatible In A Relationship? Astrologers Weigh In
By Kristine Fellizar
Are Sagittarius & Sagittarius A Good Match? Astrologers Weigh In
By Kristine Fellizar
Here’s How To Turn On Instagram Post Notifications
By Megan Grant and Alexis Morillo
Here’s How To Find Your Apple Music Replay For 2022
By Melanie Mignucci
Get Even More From Bustle — Sign Up For The Newsletter