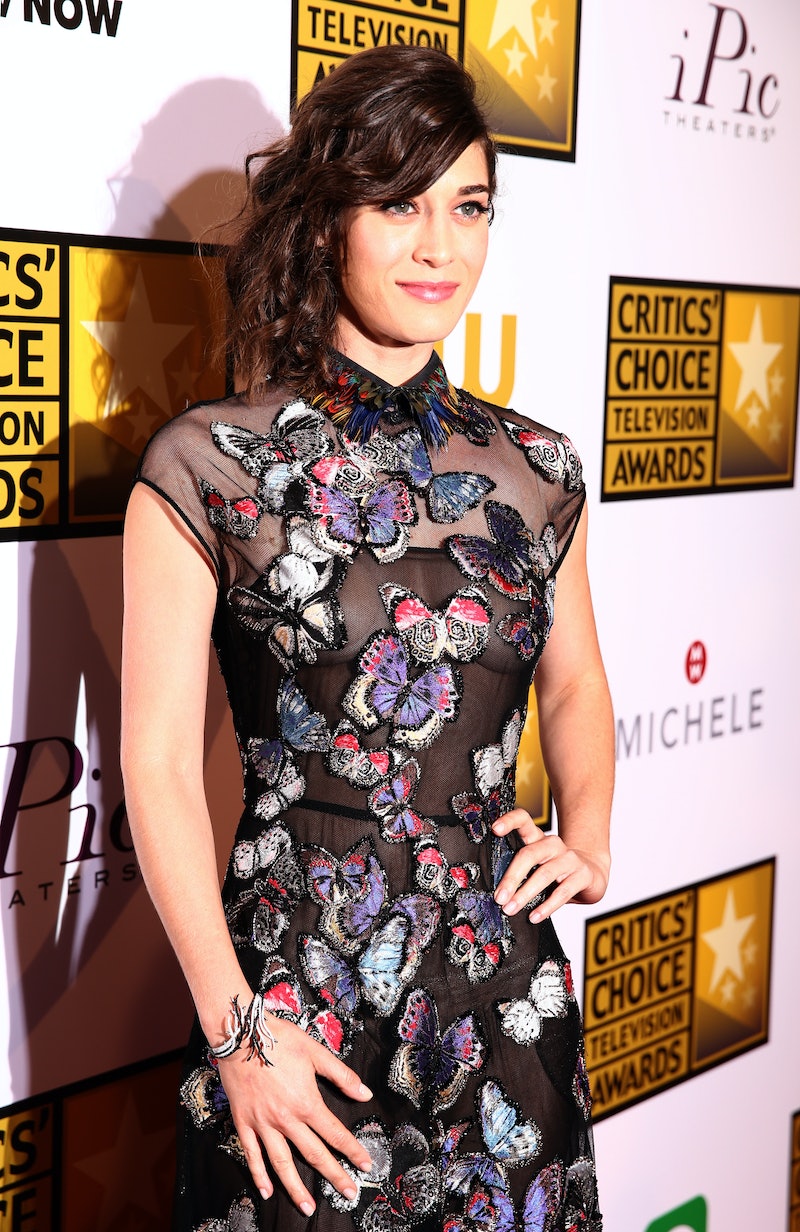 I'm continually shocked by just how ubiquitous Valentino's butterfly-printed (or as they've dubbed it, "camubutterfly") outfits are. Part of it comes down to sheer versatility: After all, Valentino has used the print for everything from floor-dusting capes to metallic cocktail dresses, so they appeal to a wide audience (pretty much everyone who likes butterflies — which is presumably everyone, ever). It also helps that the print has made guest appearance in four of the brand's show's this year: Pre-Fall 2014, Spring 2014 Couture, Fall 2014 RTW, and Resort 2015, in case you were interested.

Anyway, since Valentino has been sending the dresses (and coats, capes, etc) down the runway for almost a year now, it stands to reason that we've been seeing variations on the theme doing the light fantastic down the red carpet, across the small screen, and through the pages of our favorite publications on every star from J. Lo to Nicole Kidman to Emma Stone (did you ever think you'd see those three in the same sentence?). Every time I see it, I think it'll be the last time, and every time, I'm proven wrong. That said, it is quite a cool line of outfits: I'm perfectly happy to see it continue to dominate formal events over the next year!

But here's the real question: Who wore it best? Let's count down.

J. Lo got in on the butterfly action, wearing the print for an episode of American Idol.

Elle Fanning looked appropriately princess-y throughout her whole Maleficent press tour, and this look is no exception, with some studded pumps to give it a touch of edge!

The supermodel wore a caped version of the print, officially becoming the chicest pregnant woman alive.

Nicole's the latest to take on the look — in her customarily stylish fashion. Seriously, she has some of the best festival-circuit gowns around.

I'm not always a huge fan of Blake Lively's style, but this coat is crazy-gorgeous. Though I could do without the iridescent taco shoes...

Lively's coat was cool, but Welch's was cooler.

She recently made headlines wearing Valentino when she debuted her new choppy bob in a forest-green Grecian-inspired gown from the brand — but she looks (if possible) even more fabulous in this Vogue spread.

Okay, she gets extra points for the bright violet suede pumps.

Can you say, DRAMA?

Only Welch here (making her second appearance on the list!) would have the balls to wear a cape covered in butterflies — and where better to be ballsy than the Met Gala?

Man, has Lizzy been on a roll lately — with the combined fashion power of this dress, plus the showstopper she wore at the Emmys, she could probably take over the world. natasupernova, Instagram