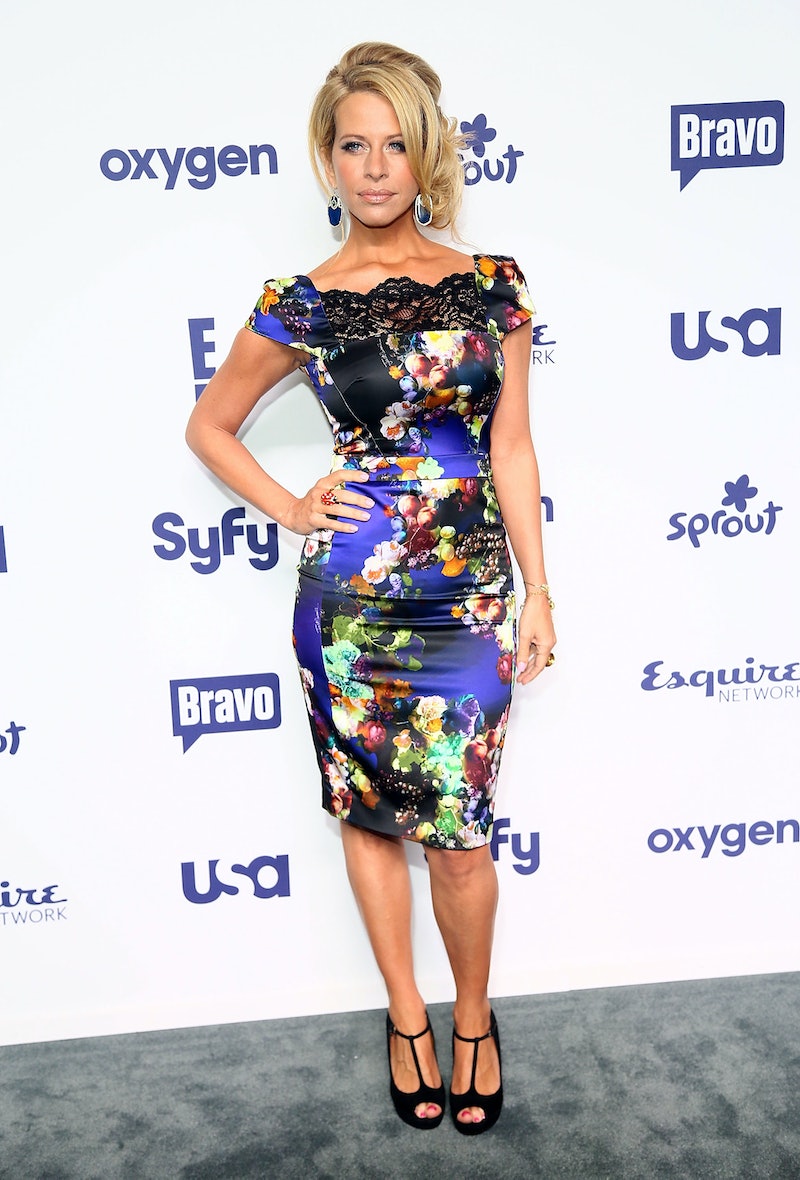 I've got a confession: I had never watched Real Housewives of New Jersey until very recently. I know. I'm boring. We don't have to talk about it. I am a noob when it comes to the RHONJ ladies. But, as every RHONJ fan knows, it only takes one episode to get you addicted. So when I learned that after a four year separation from the show Dina returned only to reveal an actual separation from her husband, Tommy, I was all, "Say whaaaa?" And I was immediately curious about what happened between Dina and Tommy Manzo.

In her Bravo blog, Dina said that she's known Tommy since she was nine years old and their separation is something very difficult for her to talk about. The Manzos have been married for seven years and as most of us know, she tweeted about the separation on Feb. 2, saying, "My secret... I have been separated since October, my heart hurts but Tommy & I will always share a very special love," and, "So grateful for the support of my loved ones during this time, especially my spiritual friends. You know who u are xoxo." The seriousness of the separation is apparent, but we're all trying to figure out why it's happening in the first place.

Obviously, we Housewives fans (yes, even new ones like me) are curious, but we're not the only ones. The queens themselves want to know what's going on in Dina's world. That being said, let the gossip and accusations begin. Former housewife and constant Dina nemesis Danielle Staub told Star that Dina and Tommy split because Tommy is gay. She claims of Tommy's sexuality, "I don't think Dina ever didn't know." And also said that Tommy was in relationships with two different men, which lead Dina to have an affair of her own. However that all sounds like nothing but rumor mill nonsense.

Dina has already made it clear that talking about this subject is difficult for her. She has been pretty mum about the specific reasonings for the separation and I doubt Danielle's stabs will make her the least bit pleased. Do you think Dina will be able to hug it out and forgive her?

Yeah, Danielle might want to run. Dina Manzo does not take well to rumors or allegedly cheating men. I feel like the confrontation of these rumors would result in some kind of battle. Dina and Danielle are known for throwing down. We also can't look to Dina's sister, Caroline, for any information, since the two had a falling out.

It seems we won't know the truth until Dina takes to twitter and tells us herself what's really going on. Otherwise, fans are left to speculate about Dina's separation and scour new episodes of RHONJ for clues.