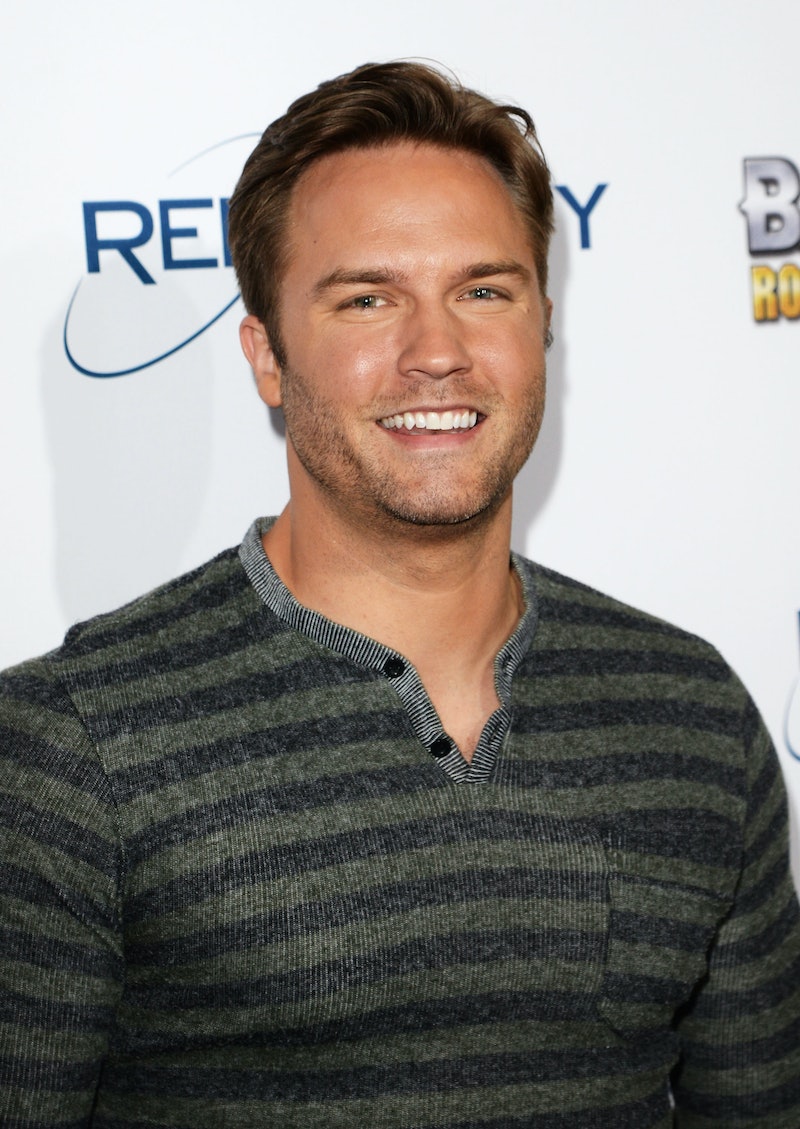 Is Scott Porter dropping hints about Season 4 of Hart of Dixie on Instagram? Fans are still waiting for the Hart of Dixie Season 4 premiere date, but details about the upcoming season are slowly starting to emerge. For starters, the series will address Rachel Bilson's pregnancy in Season 4 and there might be a new man for Zoe or Lemon joining the cast. But Porter's George Tucker is the one we should be watching — the actor's posted a series of photos on Instagram that hint that maybe, just maybe, Zoe Hart's going to be totally shocked by her pregnancy announcement.

For all of you Hart of Dixie fans out there, if you're not following Scott Porter on Instagram you should get on it right away. Because the actor's consistently posted on-set and in-costume photos since Hart of Dixie Season 4 production began this summer. And, while I previously speculated that another cabaret might mark the reopening of Fancie's, a new photo of Porter, dressed like he popped out of a '60s movie, might be hinting at something else entirely for the series.

There are a few things fans know about Zoe Hart — one, that she wasn't planning a pregnancy and two, she's dramatic. Which is really a part of her charm and why we love her so much, but it definitely means that some crazy things are going to happen when she learns that she's pregnant. Personally, I can see Zoe fainting when she finds out that she's pregnant or tossing and turning in her sleep trying to come to terms with her relationship status and Dixie going all dream-sequence episode on us. I mean, there's proof:

Zoe Hart and the case of the gentleman callers. Zoe's an intelligent college-grad, not that you need to be a college grad to know who #MrDarcy is. But what if, while still in a rut with Wade, Zoe dreams about all of the other ways her romantic life could've gone in Bluebell — case in point, breaking things off with George Tucker? I mean, George doesn't necessarily need to be Mr. Darcy in the dream, but he could be dressed as a traditional gentleman, which is what Zoe associates him with.

What initially looked like a potential cabaret might not actually be. What if, Zoe faints or dreams that Annabeth, Lemon, and Crickett are like her personal Greek chorus (with '50s beehives, but bear with me)? And they're narrating her nightmare about being a terrible mother and/or making a terrible decision to get back together with Wade? We all know how Crickett loves performing...

First, I have to put this out there, George Tucker and Scott Porter must really love hats. Now, what does this mean? Dixie goes all out when it does costumes for special Bluebell holidays and Halloween, so I doubt George dressed like this as his Halloween costume. Maybe Zoe — again, in a dream — is imaging her life as a mother in a vision of being a stereotypical housewife, Mad Men-style, for better or worse.

Seriously, CW, we're grasping at straws here — can you give us SOMETHING about Hart of Dixie Season 4? Or at least just the premiere date. PLEASE.