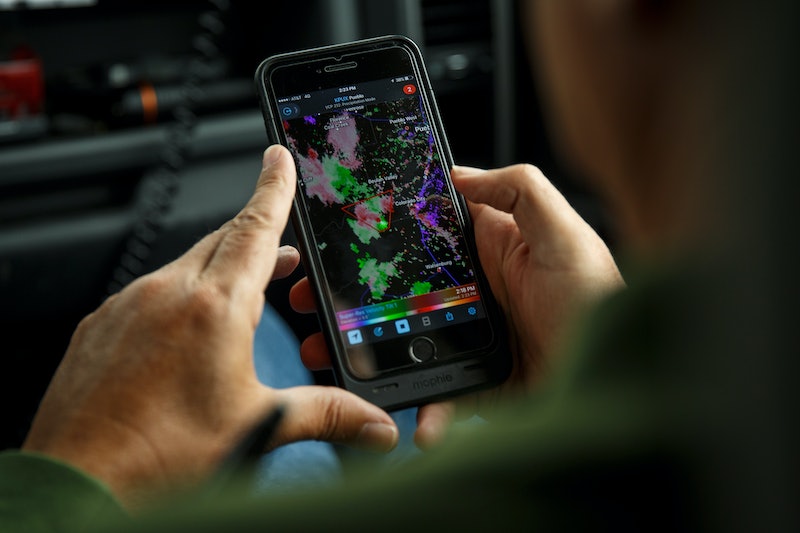 Since the NSA surveillance revelations broke, CBS News, Rasmussen and the Pew Research Center have been busy figuring out how Americans feel about the controversy. Here's what they discovered: we have mixed opinions, and we're still pretty confused.

Pew found that 56 percent of Americans polled support phone tracking, and 45 percent were a-OK with e-mail and Internet surveillance. CBS found that 46 percent thought the administration had the privacy-security balance "about right"—but 58 percent said that the government shouldn't be collecting phone records. Confusingly, 62 percent of those same respondents said that they would be fine with the NSA snooping through their phone records.

That's called wanting to have your security cake and eat it too.

So–to freak out, or not to freak out? Let's debate ourselves, shall we?

If the measures protect us from another terrorist attack, surely the ends justify the means?

That's a big philosophical question, but according to the head of the NSA, the surveillance programs have prevented "dozens" of terrorist attacks. "Yes, I worry about potential government abuse of privacy from a program designed to prevent another 9/11," argued Thomas L. Friedman in a New York Times op-ed. "But I worry even more about another 9/11." If another terrorist attack of that scale did happen, Friedman adds, then most Americans would probably waive their right to privacy entirely–and that would be worse.

....Still, we're more likely to be killed by toddlers than by terrorists.

The odds of any of us being involved in a terrorist attack are very small, and more toddlers shot people with unlocked guns than terrorists killed people in the U.S. You could say that's because the government is busy stopping attacks, or because terrorism just isn't as common as accidents. (It's even estimated that 1,595 extra people were killed in car crashes in the year after 9/11 because they had picked driving over supposedly dangerous flying.) Aside from the NSA's claims that surveillance programs have prevented "dozens" of attacks—allegations without evidence, and at least partially steeped in damage control—we have no way of knowing whether it's a real trade-off.

...But at least Congress approved these surveillance measures

Yup. We're not in 1984 (which has seen sales skyrocket by the way). The programs weren't tyrannically established; The Foreign Intelligence Surveillance Act approved the legality of the NSA's measures through 22 exhaustive meetings, and the Washington Post notes that there's been no evidence, or even a suggestion, of inappropriate misuse. "These are programs that have been authorized by broad bipartisan majorities, repeatedly, since 2006," the president points out. Congress, he said, has been "consistently informed on exactly what we're doing."

...Only, 'congressional oversight' is a problematic check on power

Maryland senator Barbara Mikulski noted that when one says Congress has been "fully briefed"—as Obama claimed it had been—the word "Congress" stands in for "Senate leaders." Two more members of Congress told the press they'd known little to nada about the surveillance measures. "What's going on here?" asked the Washington Post. "President Obama may have leaned a bit forward... but for some strange reason, White House staff never like to admit the president misspoke." As for the FISA court approval, "the FISA court is in the habit of granting wide approval to the government," recalls The Guardian. The court, it adds, has approved every request from the government since 2011.

...But, really, most American citizens aren't being watched, right?

President Obama noted that, aside from Internet-based data, surveillance "does not apply to U.S. citizens and it does not apply to people living in the United States." That crosses most of Americans off the list—with all of their constitutional rights still theoretically intact.

...And then there's incidental data

The NSA will inevitably drag in "incidental" data about Americans in the process of collection. The president noted that this would be put in a separate database, and is "nothing to worry about." The New Yorker is most definitely worried about this database, pointing out "this is all supposedly meant to stop terrorism by foreigners. But when the N.S.A. looks through the private files of people who are one or two degrees of separation from the person who has caught its eye, it hasn’t just gone beyond that mission but has betrayed it."

...Not to mention the constitution

The New York Times points out that secretly collecting surveillance data on a national level opposes the heart of the First and Fourth Amendments, not to mention a host of core American values. "Americans should not be fooled," insists the editorial. "In a democracy, people are entitled to know what techniques are being used by the government to spy on them." The American Civil Liberties Union—who are Verizon customers—has already filed a lawsuit against the NSA, claiming that the programs violated basic Amendments rights to free speech and privacy.