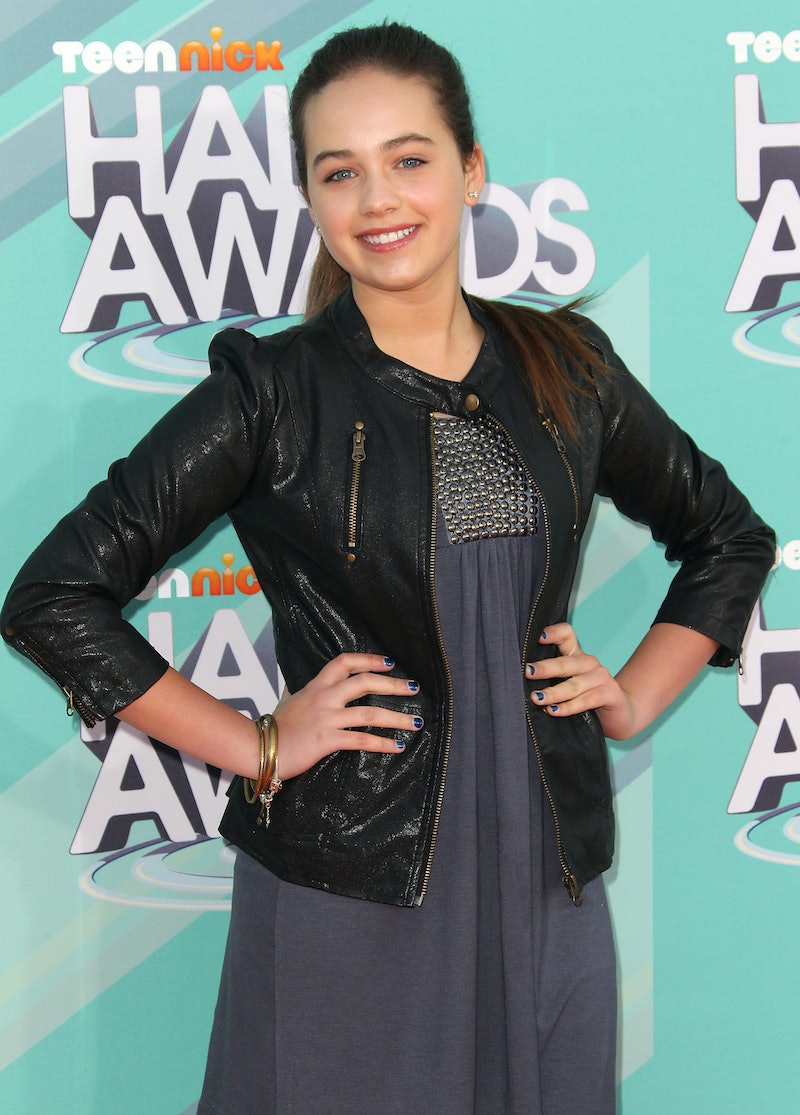 There's going to be a lot of change for the Grant family when Scandal returns to TV this fall. As fans will recall, last season ended with *spoiler* the sudden death of Fitz and Mellie's teenage son Jerry, in what looked like a seizure but what really poison planted by Rowan. There's also the new baby in the house, not to mention all the conflict between the First Couple that's certainly not settled just because Olivia's out of the picture (for now). Only their daughter, Karen, isn't stirring up any drama — well, at least on-screen, because it was just announced that Body of Proof star Mary Mouser is taking on the Scandal role that originally belonged to Madeline Carroll.

According to Entertainment Weekly, Mouser, an 18-year-old actress also known for work on The Fosters and NCIS, was cast in the role due to "scheduling issues" with Carroll. She's set to make her first appearance on the show in an episode set to air in October, and according to TVLine, her role is "expected to be beefed up."

It'll be interesting to see how Scandal will make Karen a larger part of the series when it returns on Sept. 25.; last we saw of the teen, she was standing on-stage next to her brother as he was poisoned and killed, and only a short while earlier, she'd caught her mother having sex with Uncle Andrew. No matter what the writers have in store for her. girl's gotta have some issues.

Perhaps Karen will team up with Olivia once she's back in D.C. (because we all know she can't stay away for long) and bring down her dysfunctional family; if any kid deserves to have a drama-free night filled with popcorn, cheeseburgers, and flat-screen TV (Olivia can save the wine for herself), it's Karen. Or maybe she'll try to salvage things with her mother, and ends up discovering a lot more about Mellie Grant than any kid should have to know. Whatever the writers decide for her, though, I know I'll be watching. Scandal, with all its crazy plotlines, family drama, and holy-crap twists, is just too good to ignore.