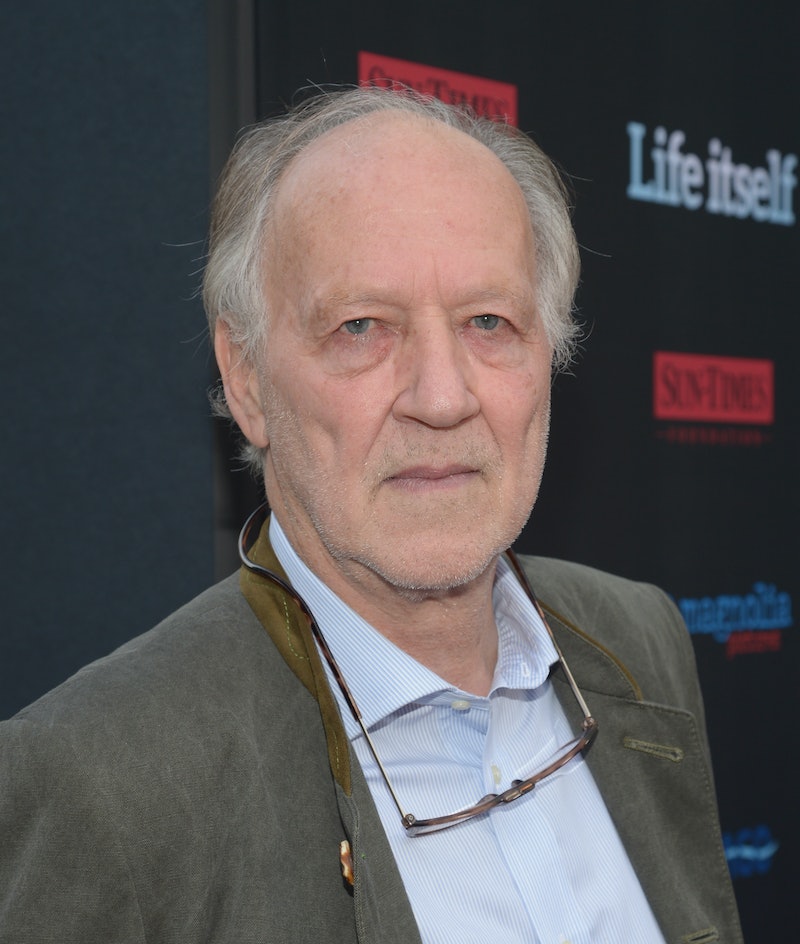 I'm still in deep, deep denial about the end of Parks & Recreation looming in the near future, but I'm going to withdraw myself from that cocoon of reruns and happiness to deliver this very strange news: According to reports, German film director Werner Herzog will guest star on Parks & Recreation this upcoming season, despite the fact that his work is the opposite of everything Parks & Rec chooses to be. The dude once made a documentary called Into the Abyss about men in prison convicted of committing a triple homicide! Parks & Rec, well, the closest they've gotten to dark is when Lil' Sebastian passed of old age.

But, it's happening. Herzog announced it during an event in Brooklyn, according to Flavorwire : Apparently, he shot the role ten days ago (Parks & Rec has been shooting in Chicago recently, so it likely took place there) and he even improvised a little, which I'm sure is going to be one of the most entertaining scenes in the show's history of entertaining scenes.

So, what's the role? Herzog explained:

“Just ten days ago I acted in a tiny cameo part in a TV show called, uh, Parks and Recreation?” The audience laughed and cheered, and he went on to explain how he’s playing “an elderly guy who sells his decrepit house to the young couple who are the leading characters in this, and directly to the camera, I address the audience and I say, ‘You know, I lived in this home for 47 years. And I decided to move out now and sell this because I’m moving to Orlando, Florida, to be close to Disney World.’ I’ve never seen the show, but I hope they kept some of it.”

Well...Herzog's real interviews do have a history of being hilarious (even unintentionally), so this should be good.