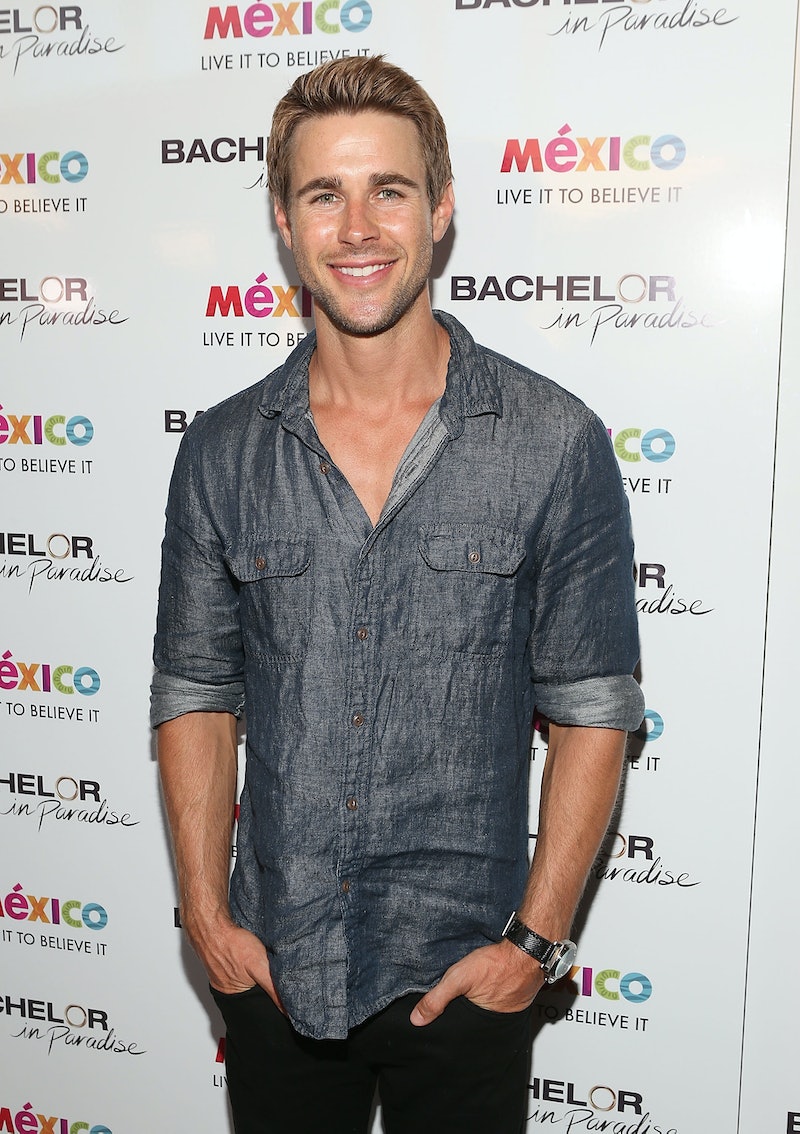 The Bachelor in Paradise finale is Monday night and I am sad to see it all come to a dramatic end. Still, I am excited to see the six remaining couples enter into the fantasy suite dates and see who makes it through to the end. After this the only thing we have to look forward to is sexy farmer, Chris Soules as the new bachelor in January, which is going to be an epic train wreck of girls who want to be a farmer’s wife in Iowa. So before the Bachelor in Paradise crew leaves the spotlight, I have to ask: What is Robert Graham up to post- Paradise ?

Sure, in the upcoming finale, it looks like Robert and Sarah Herron are still kissing all over Paradise. But things change in finales — as Chris Harrison loves to constantly remind us — and by episode's end, Robert and Sarah could be falling quickly out of puppy love.

In fact, it seems that they already have. The other day I got a message from my roommate. She is obsessed with everyone on the show and follows them on all social media. The message read: "OMG! LUCY snap chatted herself naked in Robert's bed!" Of course there was no other context with the message, because we know these people and talk about them like we know them. Apparently, Robert immediately took the video down before she had a chance to screenshot it.

I decided to do some digging and found that Lucy (you know, the free spirit who had some dirty fun with Jesse in paradise) was also posting snap chats.

The video begins with Lucy saying, "Robert just ran downstairs, going to scare him." When he comes back up she pops out at him, followed by him saying, "Get out of here."

Then she decides she’s going to give him a wet willy (when you lick your finger and stick it in someones ear, because she is apparently also five years old). Again, his response is, "Get out of here, you’re gross."

Then this weird image popped up:

Followed by a montage of Robert’s black shirts.

And Robert shirtless in his bed:

Then there is a weird pizza eating party and Lucy apparently loves pizza. Riveting stuff. So after she eats pizza, she says that it’s time for bed (note that she’s still in Robert's bed).

After this long Snapchat video, I took the liberty of tweeting at them: "My roommate just informed me that there was an interesting snapchat this morning…@RobertGraham24 & @lucyaragon…anything you want to share?"

Here’s the response I received:

So, while Lucy put an end to my fabulous theory, it looks by all accounts from my very strong skills in social media stalking that Robert is in fact single.

However, Robert Graham is in one very serious relationship right now. His bromance with Zack Kalter is not unlike that of Sir Ian McKellen and Sir Patrick Stewart. They are in friendly love, and there is no breaking them up any time soon.