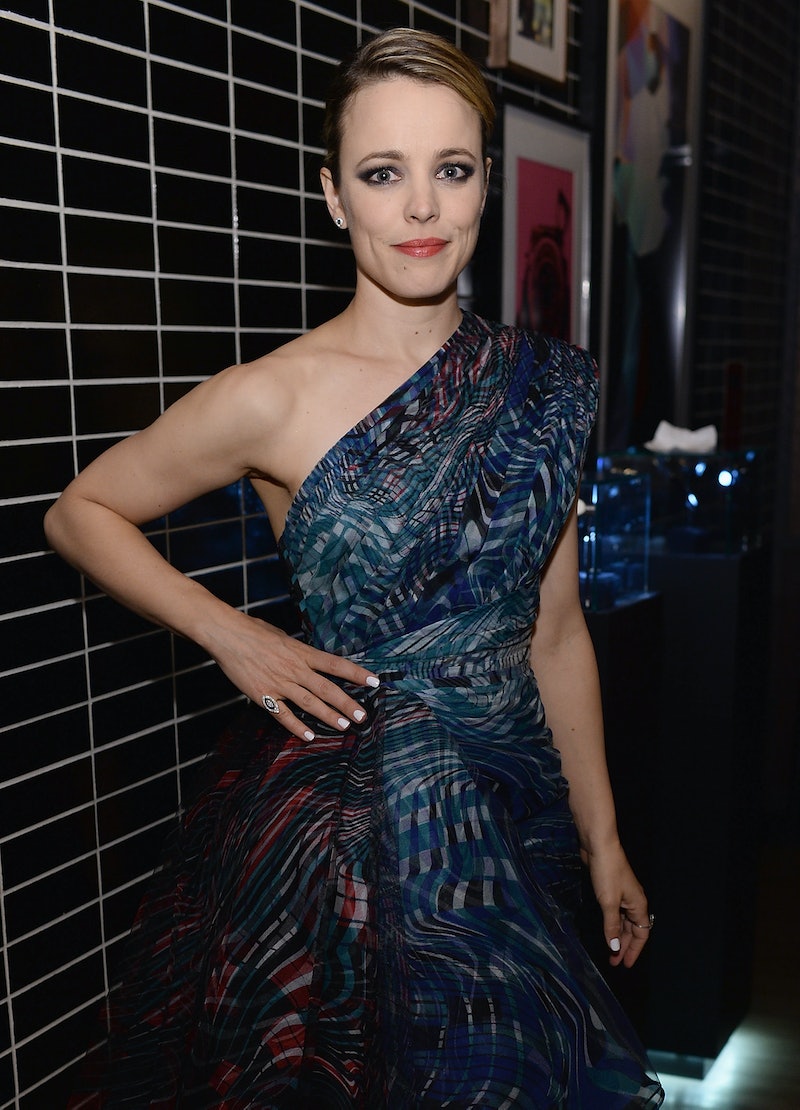 At this point it seems like everyone in Hollywood's been rumored to be starring in True Detective Season 2. Mad Men's Elizabeth Moss? Yep. Friday Night Lights' Taylor Kitsch? Clear eyes full hearts point to yes. Kristen Bell and Idina Menzel? Not yet, but I wouldn't be surprised. But right now we've got something a little more solid than rampant rumors: We've got somebody in talks. And that person is Rachel McAdams.

That actually...makes a lot of sense? Matthew McConaghey's Emmy-nominated role on the show was part of a larger revamping of his career, sure, but he, like McAdams, was largely known for a long time as a person who mainly did romantic comedies. If the history of the Hollywood A- and B-list has taught me anything, it's that actors often chafe under those roles after a while, opting at some point in their career to try to break into other avenues. Not all of them succeed in that, for sure — they're not all Bullocks or McConagheys. But McAdams also isn't even stuck in as big of a rut as McConaghey once was.

The role McAdams is up for is reportedly that "no-nonsense sheriff" role that Elisabth Moss was up for before her — which is only disappointing in that for a second there I thought I'd be getting Elisabth Moss and Rachel McAdams together in this thing, taking over HBO. Regardless, though, if True Detective's second season proves as beloved as the first this could be a brilliant career move for McAdams. We haven't gotten Oscar or Emmy chatter around her yet, but if she maneuvers this right it's only a matter of time. And who doesn't want to watch the former Regina George give an acceptance speech?