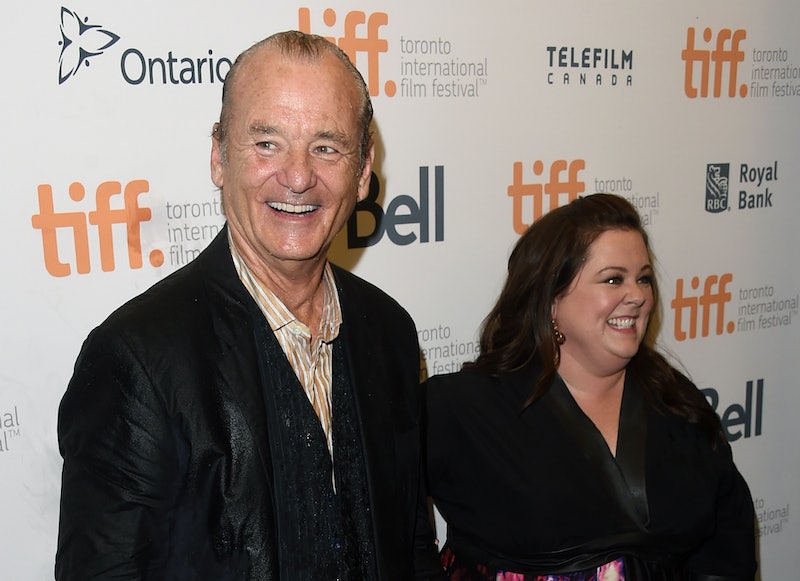 In the span of 24 hours Bill Murray completely Bill Murrayed all over the Toronto International Film Festival. What that means, essentially, is that he marked his time there — even his time on the way there — with charming anecdotes and unexpected social interactions. He also premiered a movie. By all accounts it was pretty great.

Well we're going to sacrifice a goat at seven — that's probably the normal thing — and then just have a nice early night. [...] I think it's really great they said to him that today, and every 5 September, he can kill a man. They said he can kill just any one man, and the next day they're like, 'Don't worry about it'.

I mean, it's Bill Murray so I think we all agree that's perfectly reasonable. But what exactly did Bill Murray Day look like for Bill Murray?

He Takes Over A Cab While The Cabbie Plays the Saxophone

This is technically the night before. But I mean, come on — this anecdote's too great to leave. The evening before Bill Murray Day (Bill Murray Day Eve, if you will) found Murray in a cab in Oakland. As Murray himself told a TIFF crowd, the driver mentioned he played the saxophone. As relayed by Page Six/Murray:

"Not only did he play all the way to Sausalito, which is a long way, we stopped and got barbecue. He [wound up] playing in what some would call a sketchy, weird place in Oakland at 2:15 in the morning. I was like, ‘Relax, man, you’ve got the [bleeping] horn! We’re cool!’ And it was great and it made for a beautiful night!”

Ever wanted to hear Murray himself explain why he's so well-known for crashing seemingly random life happenings like engagement photoshoots? Murray spent part of Bill Murray Day at TIFF engaging in a Q&A with Ghostbusters director Ivan Reitman. When asked about his penchant for appearing as the key player in strangers' anecdotes, his response got nice and philosophical:

I think the only reason I've had the career life that I've had is that someone told me some secrets early on about living. You can do the very best you can when you're very, very relaxed, no matter what it is or what your job is, the more relaxed you are the better you are. That's sort of why I got into acting. I realized the more fun I had, the better I did it. And I thought, that's a job I could be proud of. It's changed my life learning that, and it's made me better at what I do.

He Was Met With A Standing Ovation At the Premiere Of St. Vincent

Murray was at TIFF for more than just his eponymous day: He was premiering his new movie. St. Vincents , luckily, was received well — Deadline called it "the best performance of his career."

He Had An Epic Dance Party

According to Entertainment Weekly participants included "the likes of Kristen Wiig, Linda Cardellini and his co-stars Melissa McCarthy, Chris O’Dowd and the young Jaeden Lieberher late Friday night in Toronto." My FOMO's acting up right about now.