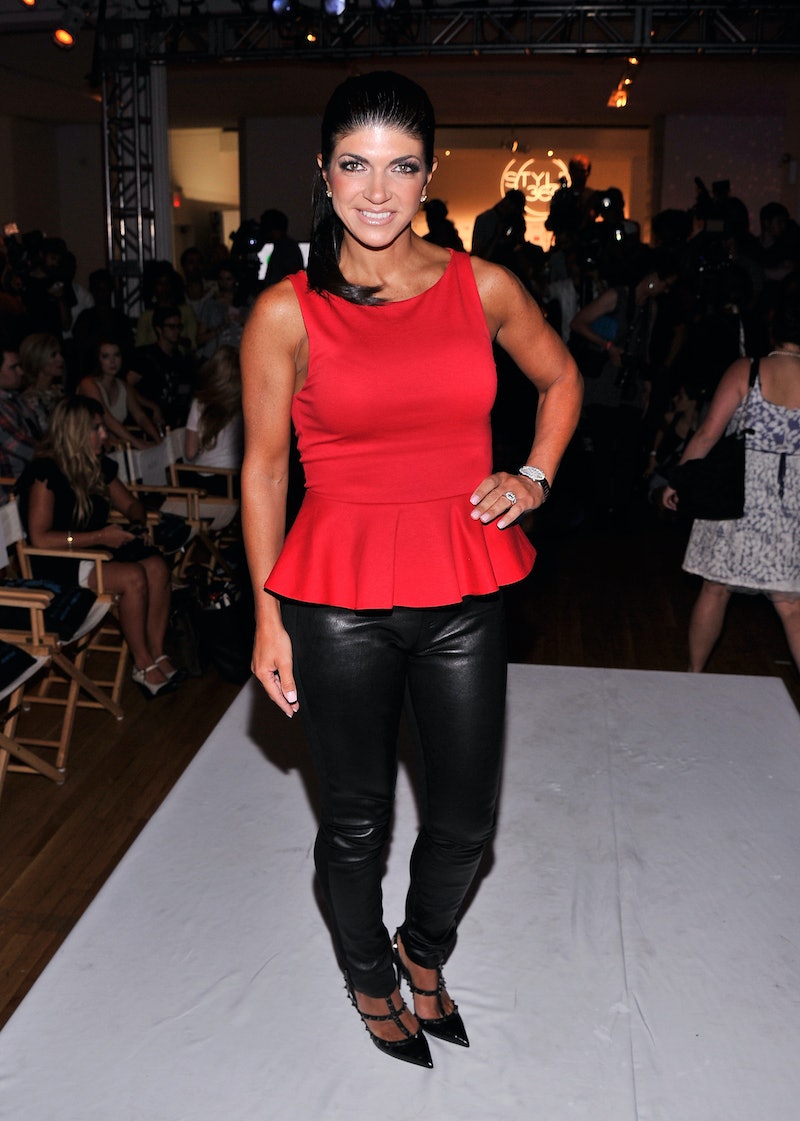 If you watched Sunday night's episode of Real Housewives of New Jersey, you probably only remember Teresa and Joe Giudice pleading guilty to fraud, but trust me, plenty of other things happened. You might have thought that when Dina Manzo called all of the other Housewives together to help plan her next Project Ladybug event, it was just to gather them into one room and rehash some of this season's drama. But something much more important happened — we learned that this season's RHONJ trip will be to Florida. And thanks to Bravo's filming schedule, despite Teresa's seemingly positive reaction, RHONJ fans already know that according to Radar Online, Teresa won't actually be going on the trip.

It seems odd, since the whole point of the trip was for Dina and Melissa Gorga to help Teresa get away from her problems and relax for a few days. As the friends shoveled snow, Dina and Melissa sprung the idea of a trip on Teresa, who seemed to like the idea. Shortly after, Dina invited the rest of the cast, who all got excited too. It seemed that this season's RHONJ getaway was born. But then Teresa plead guilty to fraud and as Radar Online reports, her lawyers weren't crazy about the idea of her jetting off to a vacation — which ended up being in Miami.

The report also claims that Bravo is pretty pissed with Teresa for skipping the trip, and I imagine that most fans won't be too pleased either. What's a RHONJ vacation without Teresa? Who will make passively aggressive comments to the other Housewives while completely ignoring her own problems? As hard as the new cast members are trying, Amber and Nicole's little tiff is nothing compared to a Teresa vs. Melissa blowout. Yes, if Teresa did stay home she was doing the responsible thing, but responsibility and reality TV just don't mix.