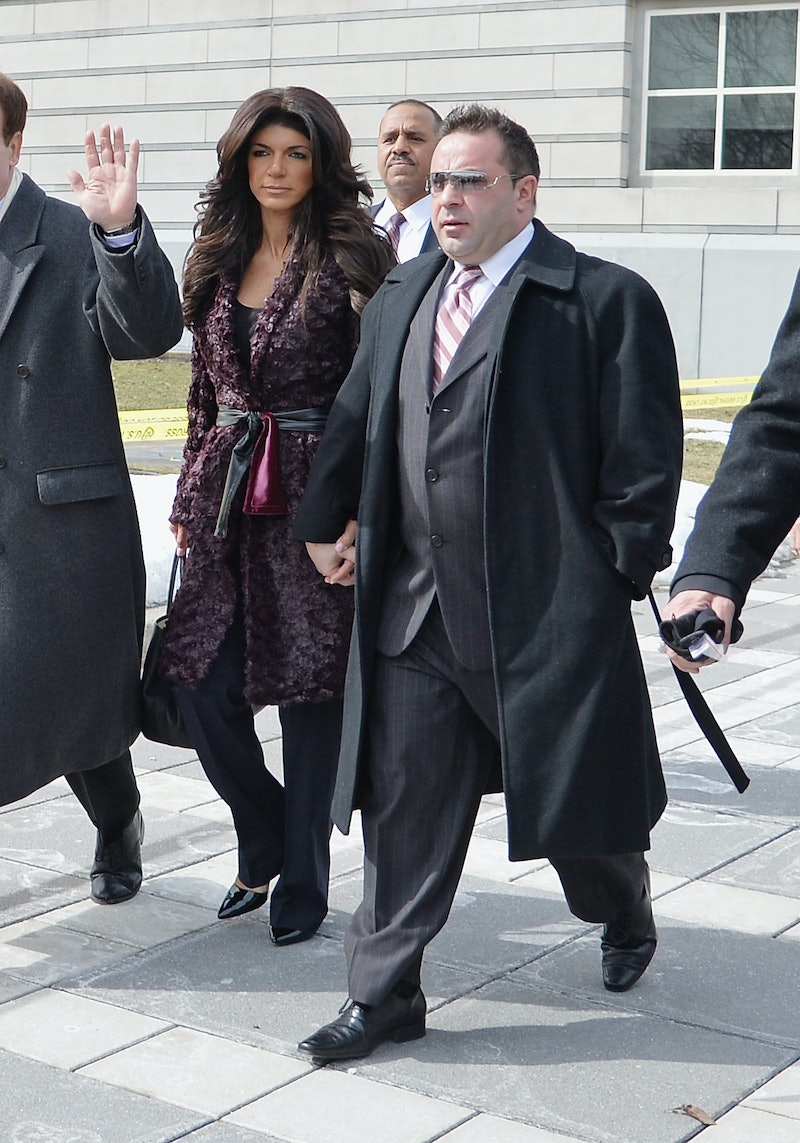 Finally, we've come full circle. This season of Real Housewives of New Jersey started with a quick peak at the Giudices' escalating legal issues, before jumping backwards a few months and making us wait to get to the real drama. In Sunday night's episode we finally went back to that opening scene, and immediately we all knew what was coming: Teresa and Joe pleading guilty to fraud. However there is one thing that I don't think anyone saw coming, and that's new housewife Amber Marchese's reaction. After reading an article about Teresa possibly pleading guilty a few days before she actually did, Amber immediately burst into tears and called Teresa, who was about as shocked as I am about her housewife. You've been Bravo-induced friends for a couple of months — keep it together, Amber.

Once the episode actually got to the day of the plea, which of course took until the end of the episode, viewers were filled in on what actually happened by E! news, oddly enough. It makes sense that Bravo's cameras weren't allowed into the courtroom, but rather than let Teresa explain the plea in a talking head, we watched her and Joe walk in and out of the courtroom and then Giuliana Rancic and her E! co-hosts detailed the jail sentences that Teresa and Joe are facing, as well as the risk of Joe being deported back to Italy.

Once the guilty plea was confirmed, we got to see the other Housewives reactions. Teresa Aprea was more concerned with what Teresa was wearing into the courthouse than the possibility of her going to jail. Kathy Wakile stayed as neutral as possible, Melissa Gorga said that she thinks everyone's biggest concern is what will happen to the Giudices' four daughters, and Dina Manzo said she isn't following the case and doesn't care what Teresa plead — she'll always be her friend.

As much as the Jersey Housewives love their drama, this is easily the most serious problem we've seen them face. No matter how much Amber fights with Nicole and Dina makes vague comments about the dissolution of her relationship with her sister Caroline, it all pales in comparison to what Teresa and her family are going through.