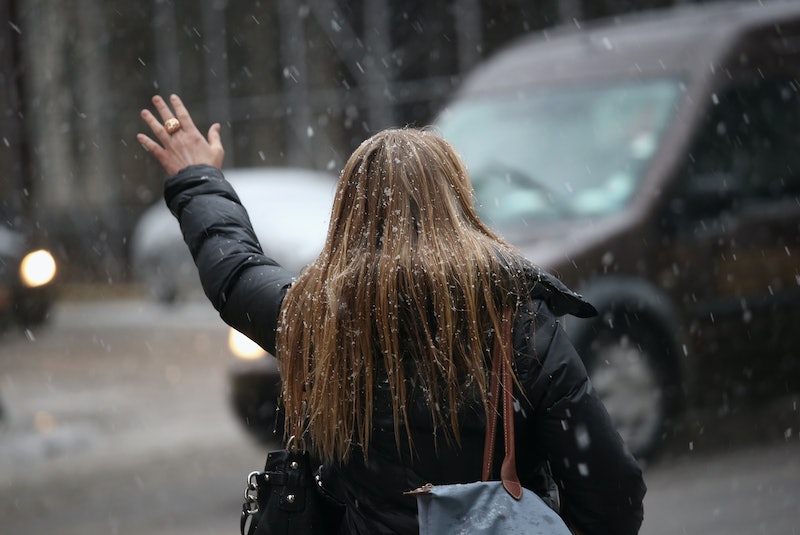 There is good news for the cab-riding women of New York. In September, Long Island and Westchester County will unveil SheRides, a taxi service that allows you to select a female driver.

The founder of the service, Stella Mateo, aims to accomplish two important things with SheRides (known as SheTaxis in India, where the company first launched). The first is making female riders comfortable and safe from harassment by male cab drivers, and the second is to help integrate women into a male-dominated industry where, in New York City specifically, only 5 percent of the 60,000 for-hire drivers are women.

The service will be accessible through an app that will be released for Apple on Sept. 16 and then on Android not too far in the future. It will ask riders whether they are women or whether there is a woman in their party — if the answer is no, the app will automatically redirect them to other cab services. If the answer is yes, SheRides will dispatch a female driver who will be easily identifiable by wearing a hot pink pashmina scarf. It's a pretty simple service for a really great cause, where neither the female driver nor the female rider have to worry about harassment from the other party, and where both can ride in comfort because of a simple preference.

Because the service has not yet begun, it's hard to know what sort of obstacles SheRides will have to overcome, including potential harassment from male riders posing as females on the app or even other male drivers in the livery service. Though there are no details yet on how the service will decide who is female, it will be important for the company to remain true to its values by being inclusive of people who identify but don't necessarily present as female.

Mateo wants to expand the service to other urban areas such as Miami, Chicago, and Washington D.C. throughout the next year. Though SheRides will be one of the first services of its kind in the United States, other countries like India have already implemented app-directed, 24/7 cab services with a lot of success.