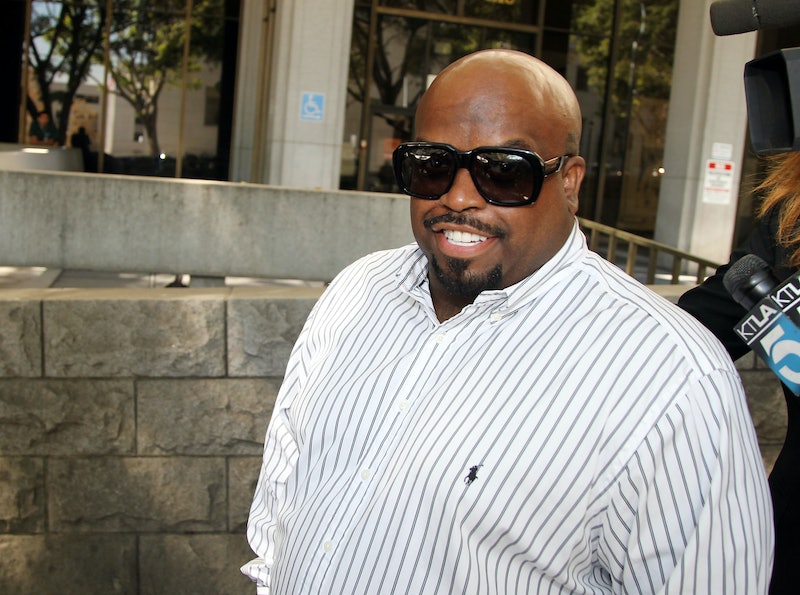 No bad deed goes unnoticed. CeeLo Green might have apologized for his rape comments, but that doesn't mean that concert venues are going to be so quick to accept his apology — nor should they. In fact, MTV has reported that even more venues and festivals have been removing CeeLo from their lineups. By eliminating CeeLo from their roster, these venues are confirming their beliefs that his comments were disgusting — and therefore, are close to cementing their places as pro-woman, or at least, in support of rape victims.

CeeLo Green has been removed from the ‪#‎GretnaFest‬ line-up, as he does not represent the festival's wholesome family environment.

The Gretna Heritage Festival Board is more than excited to announce Joan Jett and the Blackhearts will be joining the line-up and celebrating with us the 20 years of music, food, and fun!

CeeLo pleaded no contest to a felony charge when a women accused him of drugging her and having nonconsensual sex with her, but it's his comments that convoluted consensual and nonconsensual sex and minimized the horrors of rape that really got the media stirring. Casually roll your eyes at rape, and even an apology won't cut it. CeeLo is likely seeing that being an apologist can't save you, and that the music industry takes this stuff seriously — as they should.

It's incredible to see what a strong reaction the majority of the industry has had to CeeLo's foolish comments, yet what we should really be saying is, "of course. Of course this is the response the media and the music industry has when an artist makes ignominious comments followed by a shallow apology."