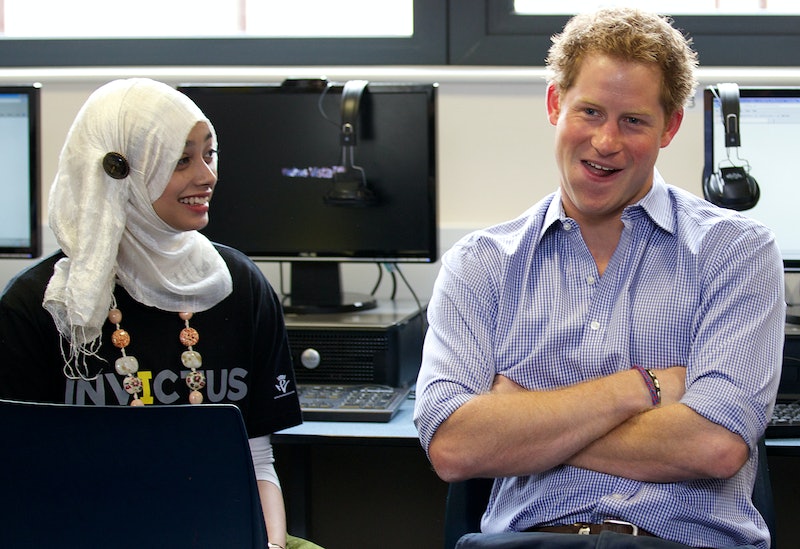 This kind of comparison is going to be inevitable, so we'd better get it out of the way. I know this will completely surprise you — you know, if you've only just woken up — but Kate Middleton is pregnant with her second child. Just like Prince William is the older brother between himself and Prince Harry, so too is Prince George about to have a little brother (or sister) of his very own. Prince Harry has been shifted to fifth in line to the throne and all eyes are on the second royal baby, whose estimated birth date hasn't even been announced yet. While we're sure Prince George was thrilled to hear about the royal baby, comparisons will inevitably be drawn between the two children and Prince Harry and Prince William.

Prince George is already filling the role of Prince William, being a sandy-haired young boy now in the position of firstborn heir to the throne. The second child Middleton and Prince William have will thus fall into the role of Prince Harry, as the youngest and spare heir to the throne. So, based on Prince Harry's illustrious history, what kind of things can we expect from the new royal baby as he or she grows up? And what life lessons can Prince Harry impart with regards to being the second heir?

Let's be real. Prince Harry isn't known as the Party Prince for nothing. We've always known that Prince William was going to be the one to take the throne one day, leaving Harry to relax and have fun. Like that time those photographs leaked of him playing a rousing game of what was allegedly strip billiards at a Vegas party. Hopefully, the new baby won't have quite that much fun in the distant future, but Prince Harry will definitely teach him or her that being royalty doesn't have to be work all the time.

Did you know that Prince Harry can really bust a movie? Well, OK, no, he can't, but that certainly doesn't stop him from trying. We have so many videos of Prince Harry dancing that it would be a true crime if he didn't pass his fly dancing skills down onto his new niece or nephew. The second royal baby can totally learn how to do it for the Vine while Prince George is off doing those boring press conferences.

3. Don't be afraid to stand out

I'm still hedging my bets that Prince George's hair will get darker as he grows up, but there's a good chance that the new royal baby can emulate Prince Harry by having the hair color that stands out in the family. Harry's rocking bright red locks, so who's to say the new baby won't have red hair as well? Or maybe a lighter version of his or her mother's brown hair that you can't get from a bottle. That way, he or she won't get lost in the shuffle.

4. Charm will get you everywhere

I mean, that's just a given. When Prince Harry smiles, hearts around the world flutter. The new baby can practice in the mirror with his or her Uncle Harry until they too can smile like a little kid who just got away with stealing the last cookie and make the world fall in love with them in every photograph they take.

5. Children are the future

Sure, Prince Harry's adoration for children could be a byproduct of all of the charity work he does. After all, he doesn't seem interested in having any kids of his own yet. However, the joy on his face when he's doing any charity work that involves children is too real to be denied. The second royal baby should follow in Harry's footsteps and help children all over the world because, after all, children are the future.

Prince Harry's love life gets almost as much press coverage as that of any celebrity, probably because he's still only in his on-off-girlfriends stage rather than in the married-with-kids stage that Prince William is in. Prince George will probably follow in his father's footsteps and get married and have a child fairly early, leaving the new royal baby to be the one making headlines every time he or she and their friend of the opposite sex go out for tacos or something. Prince Harry would have a lot of advice for how to deal with that.

7. A royal photobomb is the best photobomb

As Queen Elizabeth and Prince Harry have both proven, this family was just born to show the world how to do a good photobomb. What kind of second child would the new royal baby be if he or she didn't pick up this fine art? After all, being the second born means you get to have fun, see piece of advice No. 1.

8. Older brothers are the best

Prince William and Prince Harry are adorably close as brothers, which you can tell from the way that they talk about each other and the way that they act around each other in public appearances. Never is Harry's smile more genuine than when his brother is making him laugh or vice versa, so I'm expecting a similar bond between Prince George and the new baby. After all, as Prince Harry can attest, no one has got your back like your big brother.

Yeah, sure, I Wanna Marry Harry might have gotten canceled, but just remember that it did happen and thus could happen again. I'm just saying.