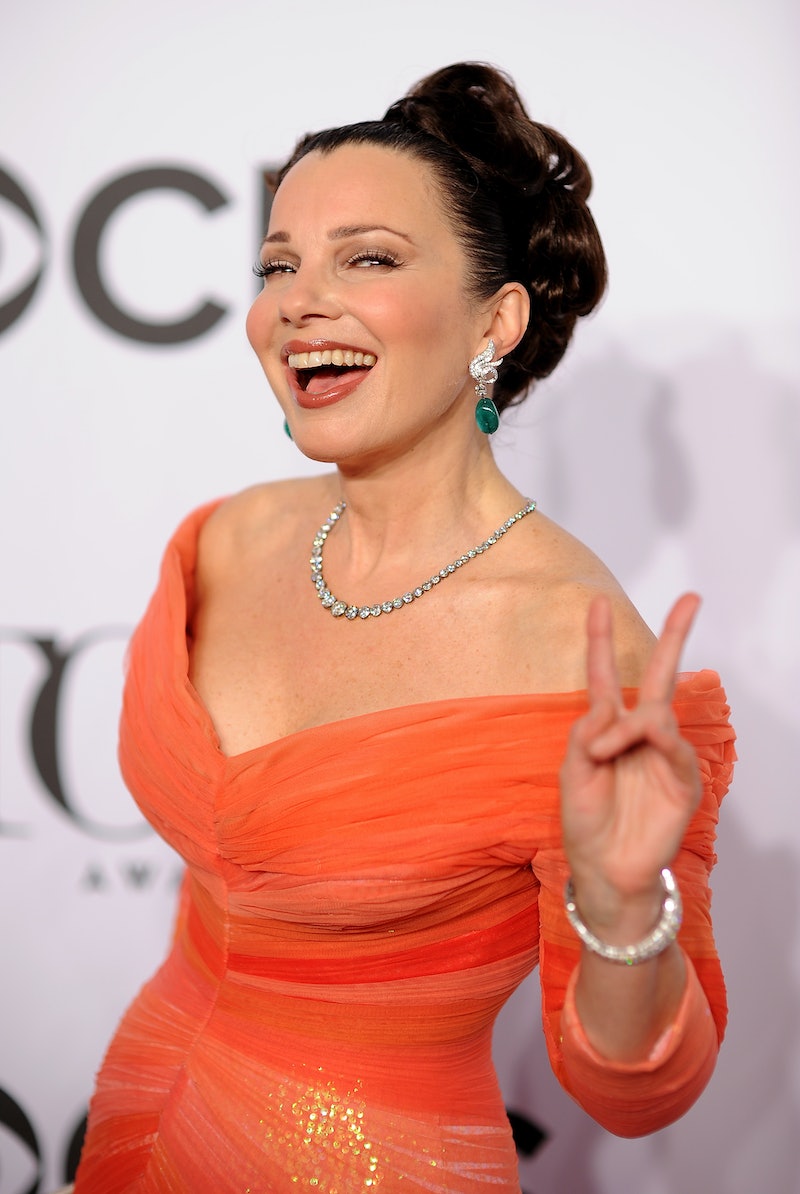 In case you missed it: Fran Drescher is a married woman once again. The star of the former TV Land series Happily Divorced , Drescher married her partner Shiva Ayyadurai whom the Daily Mail reports she had been seeing for just over a year. Drescher and Ayyadurai, who happens to be the inventor of email, reportedly had a small surprise ceremony at the couple's beach house last Sunday.

These two are adorable as far as seemingly unlikely couples are concerned, but like a lot of people who have probably watched too much of The Nanny, it's hard to picture Drescher as anyone other than her Nanny character Fran Fine. Fran ended up hooking up with her boss, played by Charles Shaughnessy, and though I realize it's just a cheesy 90s sitcom, the sexual tension was obvious between those two and I don't know why they were never a thing-thing. Though I have my theories about the secret Nanny-on-Max action that were probably happening between takes.

As far as 90s sitcoms go, The Nanny tends to get written off as a goofy show about a lady with a funny laugh, which does describe the show pretty accurately. That being said, I think The Nanny is totally under-rated and deserves to get in on some much-needed 90s nostalgia. Here are a few reasons to revisit The Nanny RIGHT NOW:

The last of the great 90s zingers.

The epic shade-throwing between C.C. and Fran

This is a very advanced level of shade. Not for beginners.

Anything Niles said about C.C.

Sylvia and her food

Girl. I feel you.

It was kind of the hottest thing ever.

Instead of a proper British nanny, two rich kids get Fran.