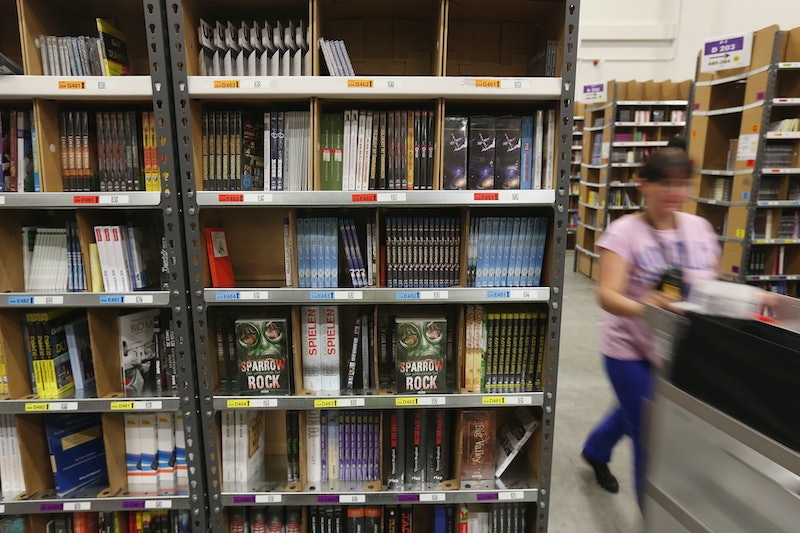 Things have been quiet lately regarding the feud between Amazon and book publisher Hachette. Whereas for a while it seemed like all sorts of information was being leaked left and right, no one from either company has revealed any new information in a while — which hopefully means the two sides are behind closed doors coming together to make a deal. At least, that's what all the Amazon Prime members trekking to Barnes and Noble to get their books on time would like to see.

Still, as we all wait for more news, it's worth examining how we've all been treating this saga over the past few months. As some people side with Amazon and others with Hachette, it seems that everyone in the book world wants to see this dispute as a case of "good guys" versus "bad guys," even though people disagree about who deserves which label. But as all the back and forth demonstrates, perhaps that isn't the best way to look at the situation.

Both Amazon and Hachette are (or are part of) huge corporations. Amazon does tens of billions of dollar in sales every year; Hachette is owned by the Legardere Group, an international media conglomerate that isn't exactly strapped for cash, either. Neither party is cut out to be the hero of a folk song. Trying to turn this feud into either the tale of "plucky book publishers up against evil sales behemoth" or the tale of "modern Internet phenomenon battling the entrenched, wrong-headed publishing establishment" isn't really going to capture the whole picture.

The truth is that we should be less concerned with who "wins" this fight than we should with how the various outcomes might affect the world of books. After all, there are a lot of possible ripple effects from this dispute.

For instance, conventional wisdom seems to hold that Amazon getting their demands would make books cheaper for customers, especially ebooks. And for all my instinctive distrust of Amazon, I am always in favor of cheaper books. Plus, Amazon has made interesting points about the way authors are paid by traditional publishing houses (the short version: it's too low, and too tightly controlled). As the books market changes, it might be time for the major publishers to rethink their business models and how they operate in the new millennium.

On the other hand, it's also worth pointing out that "business as usual" at major publishing houses has brought us most of the books we currently know and love. And in light of that, it's a little alarming how intent Amazon seems to be on undermining one of their own suppliers, the very people that create the books their customers love. Plus, a literary culture that bows down to a single entity — especially one that is first and foremost a retailer, not a bastion of literature — is not a comfortable thought, either.

Those of us who love books are naturally invested in having a vibrant books culture for years to come. And so as we wait to see what, if anything, is going to happen next between Amazon and Hachette, it's worth keeping in mind that which of the two companies "wins" shouldn't matter to us; what should matter is if we win, if the final terms of this trade negotiation promote a robust, diverse, and thriving literary world, or if the result pushes us towards a leaner, narrower, less healthy one. And depending on the terms, either of those outcomes are possible no matter which side comes out on top.

So maybe it's about time we stopped picking sides and started rooting for the book world itself. Team Books!