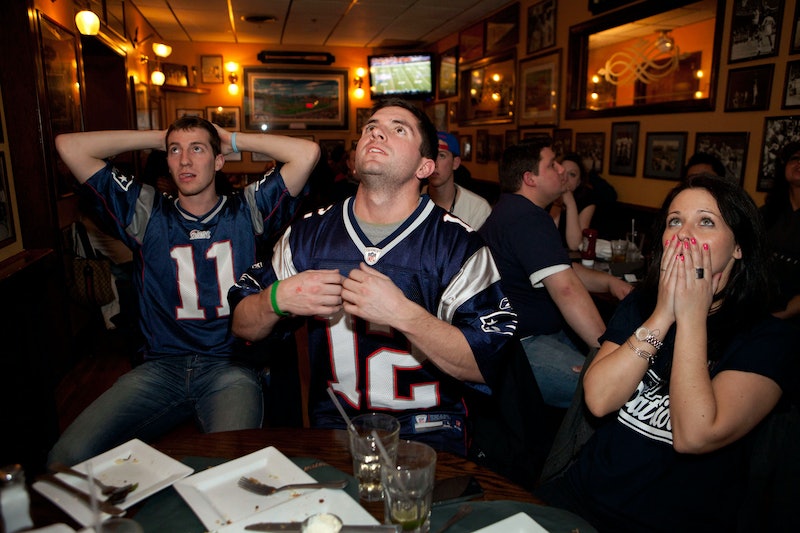 Normally, I'm the sort of person who gets absolutely amped for football season. I've already formulating plans for viewing parties completely with homemade buffalo wings and the best darn California-style IPA I can find on the East Coast. I love football season, full stop. Well, it was full stop until a little something called Monday Night Football preempted the Season 1 finale of Bachelor in Paradise . Now, Football and I are gonna have to have it out as we all scramble to find out whether or not Marcus & Lacy get engaged on national television. How the hell can we watch the Bachelor in Paradise finale without reaching for illegal means? There is some hope.

Of course, that hope only extends to a few of you.

If you have one of the golden children of cable companies — these includes folks like FiOS, Cox, Dish, Xfinitity, Optimum, etc. It doesn't, however, include Time Warner, so sorry, most major metropolitan cities. The select cable users, however, can go to ABC Live to live stream the Bachelor in Paradise finale while watching Monday Night Football on ABC at the same time, if they are so inclined. These folks are the lucky ones.

As for the rest of us, we'll either have to look to a live blog of the finale (lucky for you, Bustle has one of those going) or wait until the episode hits on-demand (Tuesday, likely in the late morning) and Amazon and iTunes (Tuesday morning). Again, football is super fun (in fact, I was planning to keep tabs on my three fantasy football teams WHILE finding out who goes home with who in Paradise), but this is almost cruel and unusual punishment, ABC.