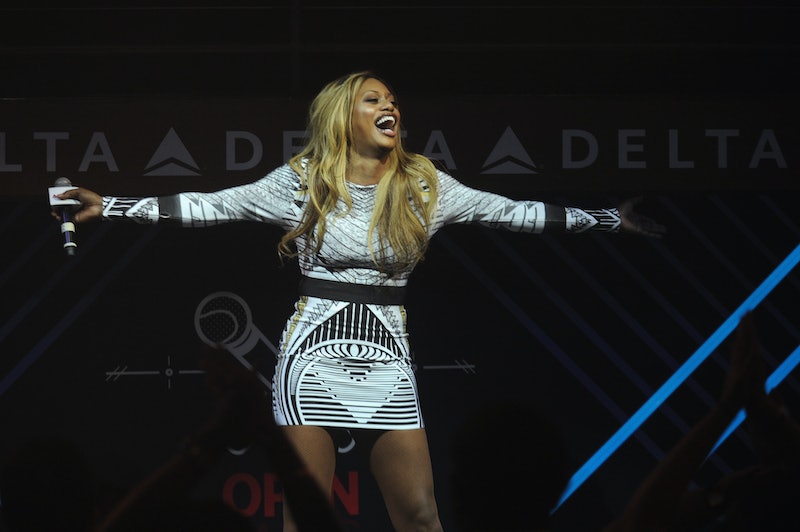 It's safe to say that, after making it through all of Orange is The New Black and seeing Laverne Cox speak about civil rights earlier this year, I would follow Cox just about anywhere she asked. She's not only killing it on the small screen (Uzo Aduba earned her Emmy, but damn, I wish the Academy could have given out two awards), she's also making a huge difference in the world by giving a voice and face to the community of transgender women across the United States (and beyond). And the icing on top of Cox's awesomeness is that she not only does so much good in this world, Cox also dances with reckless abandon to Beyoncé and proves that she's the sort of person we all really, really want to be friends with.

First, she popped up on the Emmys red carpet, talking about how grateful she was to even be at the Emmys and how the previous year, she had watched the show alone with a pint of ice cream. Here, here, girl. (Also, thank you for validating my 2013 Emmy-watching process as well.)

And then, like magic, late on Monday night, Cox posted something that made her my best friend (in my head) to an even greater degree. I present, the talented, compassionate, #bossbitch Laverne Cox dancing to Beyoncé like no one is watching (even though we all are).