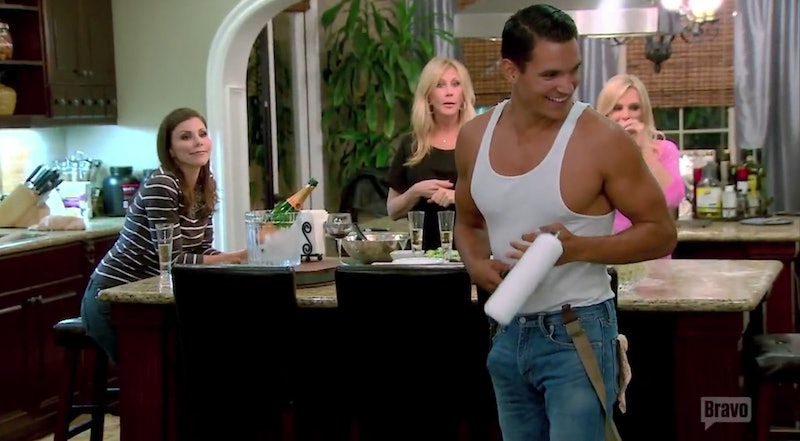 For the third week in a row, Vicki Gunvalson, Tamra Judge, Heather Dubrow, Lizzie Rovsek, Shannon Beador, and Andy Cohen kicked back in the oceanfront living room and reminisced about Season 9 of Real Housewives of Orange County . Monday night’s Secrets Revealed episode was a healthy split of previously unseen footage and montages of moments that’d already aired over the course of the season. Additionally, Andy and the Housewives (aka the Bravo band that needs to happen) responded to fan questions and reacted to clips. Oh, and!!! There was a special guest. Drumroll, please! It was... BROOKS AYERS.

Montages, a visit from a significant other, and fan questi— Wait, how is this any different from a reunion? Oh, right. The revealed secrets.

The reveals were major. MAJOR. My mind couldn't believe what my ears or eyes passed its way. So many secrets, so little time.

Wow. Much secrets. So revealed.