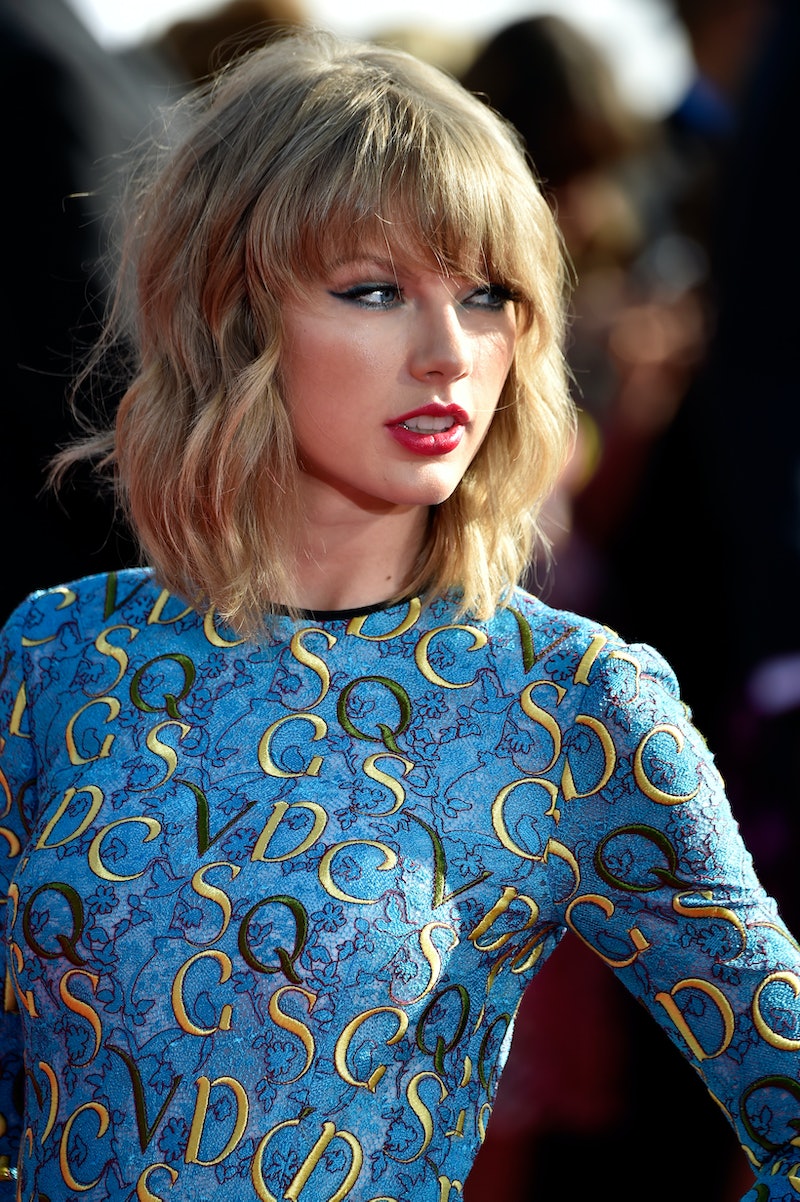 Raise your hand if you saw this coming. In fact, I'm sure Taylor Swift saw it coming as well. When she opened up about the fact that one of the songs off her new album, "Bad Blood", is about another female singer, everyone immediately began to speculate about who this female singer could be. According to Swift, this girl really did her some wrong in the past, enough to earn a song about it. However, in an incredibly admirable move, Swift absolutely refused to identify who it was. But that's okay, because we already know Swift wrote it about Katy Perry. How do we know? Because the world loves a good girl feud.

The feud that's being built between Swift and Perry has the unique distinction of not coming out of nowhere. Not really, at least. Swift straight-up told us that she'd written "Bad Blood" about a girl she hates. There's obviously a feud; we just don't know who with. However, we have no evidence to support the fact that Perry is the female singer that Swift was talking about except for a few facts that have been tailored to fit the situation:

2. Swift once tweeted at Perry asking her never to change. (In a totally sarcastic way, of course.)

That's it. That's the whole feud. That is literally all we know. Let's ignore for a moment the fact that the first point doesn't even fit the context of the feud because Swift swore up and down that it was not over a guy. Let's even ignore the fact that taking Swift's tweet at face value seems to be too easy. I'll even let the rumors and the cryptic tweet slide. You know why? Because none of this actually matters. Is Swift's "Bad Blood" about Perry? Maybe it is and maybe it isn't, but there's a reason that Swift didn't mention any names and this is exactly it.

We in the media, we love a good feud. These days, it's all "so-and-so was such a pleasure to work with" and "I love that song by so-and-so." What happened to Classic Hollywood, where starlets would call every newspaper in the area to come hang out on their front lawn so they could bad mouth all the stars they hated? The fact of the matter is, we know not every star actually loves every star and that so-and-so was not a pleasure to work with, so we jump on feuds because they're real. However, there's a significant spike in exposure of feuds between female celebrities because, well, there's still that lingering stereotype that fighting other women is all girls do with their time.

Swift wouldn't be Swift if she didn't write songs about people who piss her off, but unlike with the ex-boyfriends who have found their misdeeds emblazoned on the Billboard Top 100, she's making a conscious decision to avoid that with this unnamed female singer. Maybe Swift has no problem putting horrible ex-boyfriends on blast, but is just as sick of female feuds as I am. Maybe Swift knew the media would find their own answer to this mystery and run with it anyway. Or maybe Swift is wishing she hadn't used "Bad Blood" as an example that she can write about something other than her ex-boyfriends.