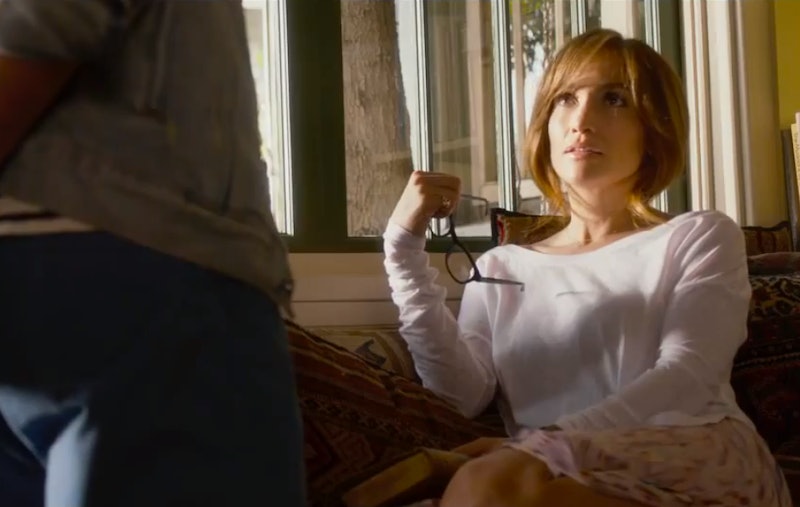 Things get dramatic real quick in the first trailer for Jennifer Lopez's The Boy Next Door — and on a few different levels. Because yeah, The Boy Next Door starts all suburban marital drama, then gets all steamy inappropriately-sexy. Then it takes another turn.

Lopez stars in this film written by Barbara Curry and directed by Rob Cohen as a woman going through a divorce with John Corbett. Suddenly, a hot teenage boy moves in next door (oh, and she's also his teacher) and... well, the rest seems destined in a movie called The Boy Next Door, you know? At least until The Boy Next Door twists from its original narrative into some sort of obsession thriller.

Anyone else feel like this movie was secretly filmed in 2004 and Lopez just made them hold it until now? Lopez and Patrick Stewart should trade anti-ageing witchcraft, because it's either that, or the styling of this movie is just really puzzling.