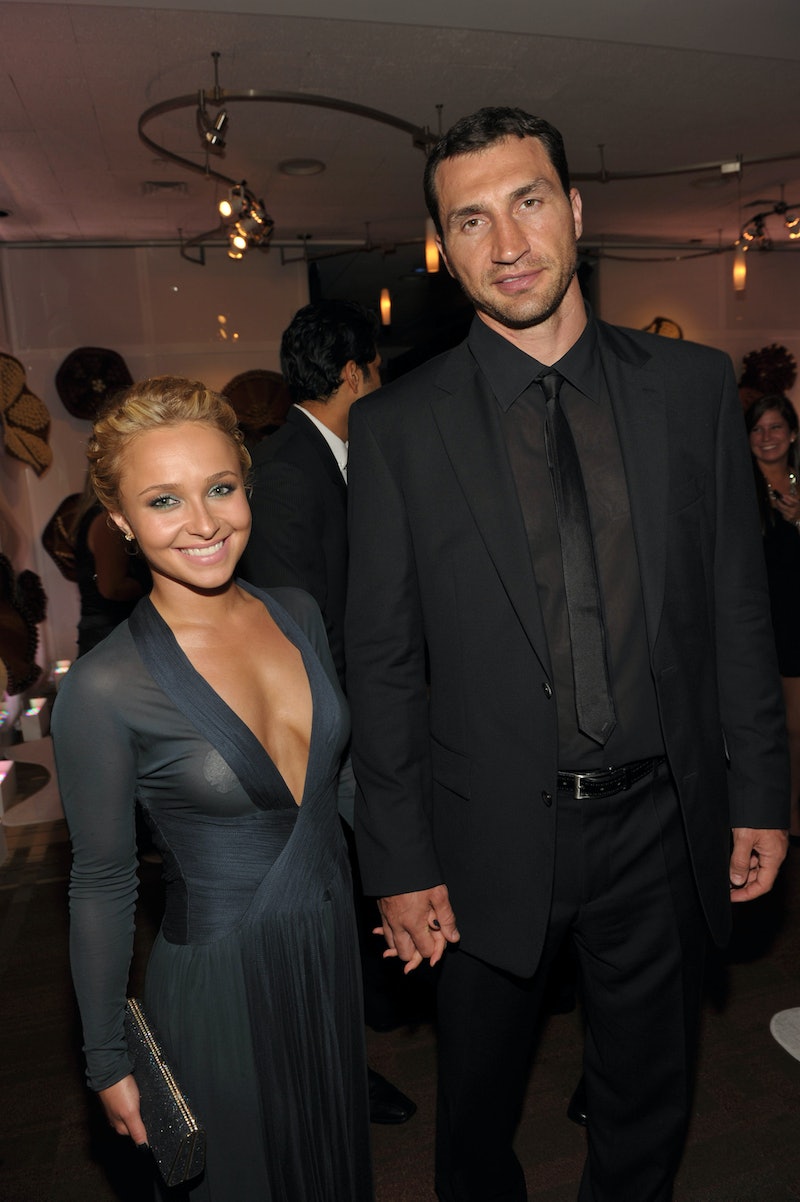 If you've ever wondered if the phrase "opposites attract" was for real, Hayden Panettiere and fiancé Wladimir Klitschko are pretty much the living, breathing poster couple for it. As far as looks and professions go, the 5'1" Nashville actress and 6'6" Ukrainian boxer could not be more different, but it seems like everything for these two really lined up. Well... everything but their bodies. But still! You might be wondering how two people who are so different would ever get to know each other. So how did Hayden Panettiere and Wladimir Klitschko meet? The story is too cute to handle.

In May everyone was finally forced to realize that the Cheerleader Who Was Supposed To Save The World had finally grown up when Panettiere announced she was expecting a baby with Klitschko. Not long before that, in October 2013, she announced that they were engaged. Although no one is certain what dress Panettiere will wear down the aisle or whether their kid will come out as a giant fist-swinging athlete or a small, blonde thespian, one thing is for sure: the way these two got together was totally adorable.

On screen, the 25-year-old actress definitely isn't known for being a wallflower, as her strong roles in Nashville and Heroes have proved, and apparently she's just as ballsy in real life. Panettiere told Glamour last year that she first spotted her future fiancé at an event for a mutual friend's coffee table book launch five years ago. They originally hit it off just as friends and things stayed that way for a year until they started dating in 2009. While appearing on The Ellen DeGeneres Show later in 2013, she further revealed the bold, and kind of hilarious, pick-up line she used to approach Klitschko, 37.

So what pushed both of them out of the friend zone and into the super-crazy-height-challenged-romantic-relationship zone? In the April issue of UK Cosmopolitan Panettiere said, "I'm in awe of what he does and who he is — that's a very strong feeling. He doesn't let me get away with things; he has the patience of a saint, but he is definitely no shrinking violet."

While she also mentioned that they're in no rush to get married and they're being very laid back with their wedding plans, it really seems like this couple, height difference or not, is in it for the long haul.