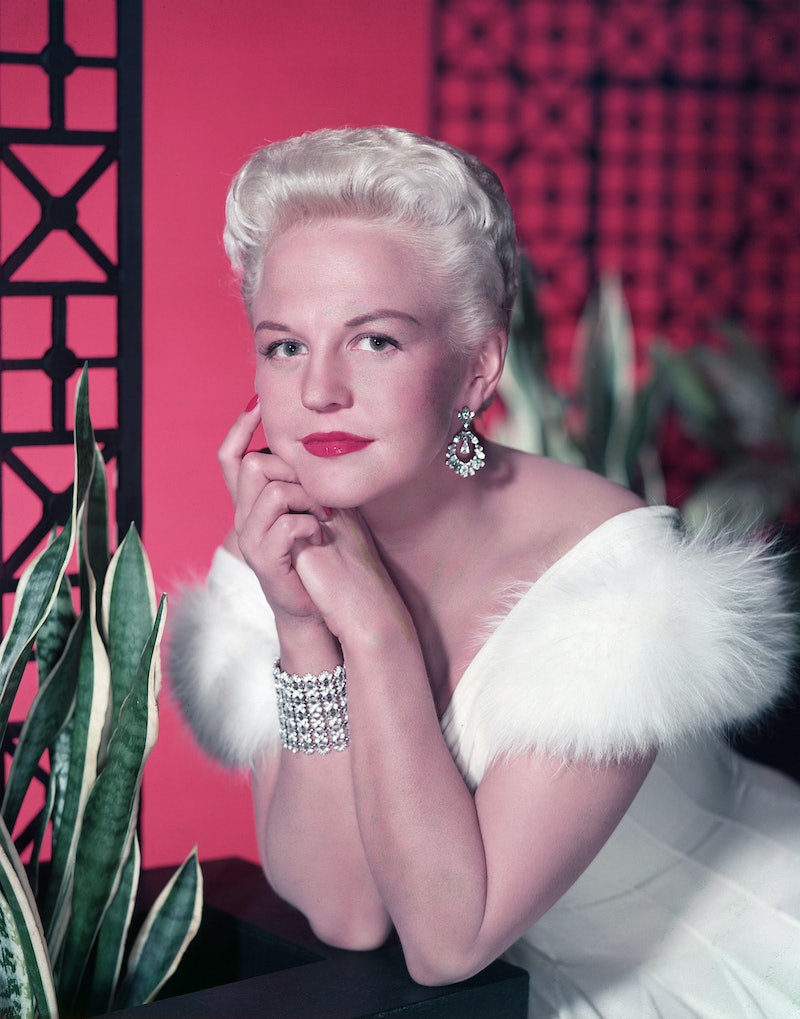 Reese Witherspoon has long been involved in the making of a Peggy Lee biopic — she was set to star and produce a film about the famous singer and actress back in 2010, with Nora Ephron serving as the film's writer and director. But after Ephron's unfortunate death in 2012, the film's process was halted. However, now the film is moving forward with a new director: Reese Witherspoon announced at the Toronto International Film Festival that Todd Haynes will take over as the film's director.

Haynes has not only directed music films like Superstar: The Karen Carpenter Story or Velvet Goldmine, but also directed the critically acclaimed experimental Bob Dylan biopic I'm Not Here. However, Haynes is currently working on the movie Carol starring Cate Blanchett and Rooney Mara, so it's not clear when the film will be released. But Witherspoon did suggest that Ephron had already worked up a script that Haynes will be working from. The collaboration between the two will either create an interesting film or one that is lacking: Ephron is known for her down-to-earth writing, while Haynes' films are usually experimental. But whether the film is a linear, intimate look at the singer's life or a nonlinear film that captures her essence, here are some of the moments that the film shouldn't miss:

The woman formerly named Norma Deloris Egstrom got her big break from the so-called "King of Swing" (although that title is highly debatable, but that's another article entirely) back in 1941. But when her soon-to-be husband, musician Dave Barbour, was fired from Goodman's band for breaking the rule of "fraternizing" with the female singer, Lee quit too.

Going from Homemaker to Songwriter

Once Lee and Barbour were married and had a daughter, she did what many women at the time did and decided to stay at home. But Peggy Lee couldn't stay away from her work for long, and soon came out of her self-imposed retirement, writing hit songs for Capitol Records.

The Lady and the Tramp

Peggy Lee multitasked on the famous animated Disney movie: not only did she voice characters Darling, the Siamese cats, and Peg, but she also co-wrote and sang many of the songs.

The Age of Rock and Roll

Although Peggy Lee is first and foremost known for singing jazz standards, she was one of the few jazz musicians to incorporate covers from musicians like The Beatles and Carole King into her repertoire. And in the '60s, her recording music became more challenging as well: one of her best songs, "Is That All There Is," is a largely spoken word treatise of nihilism and ennui.