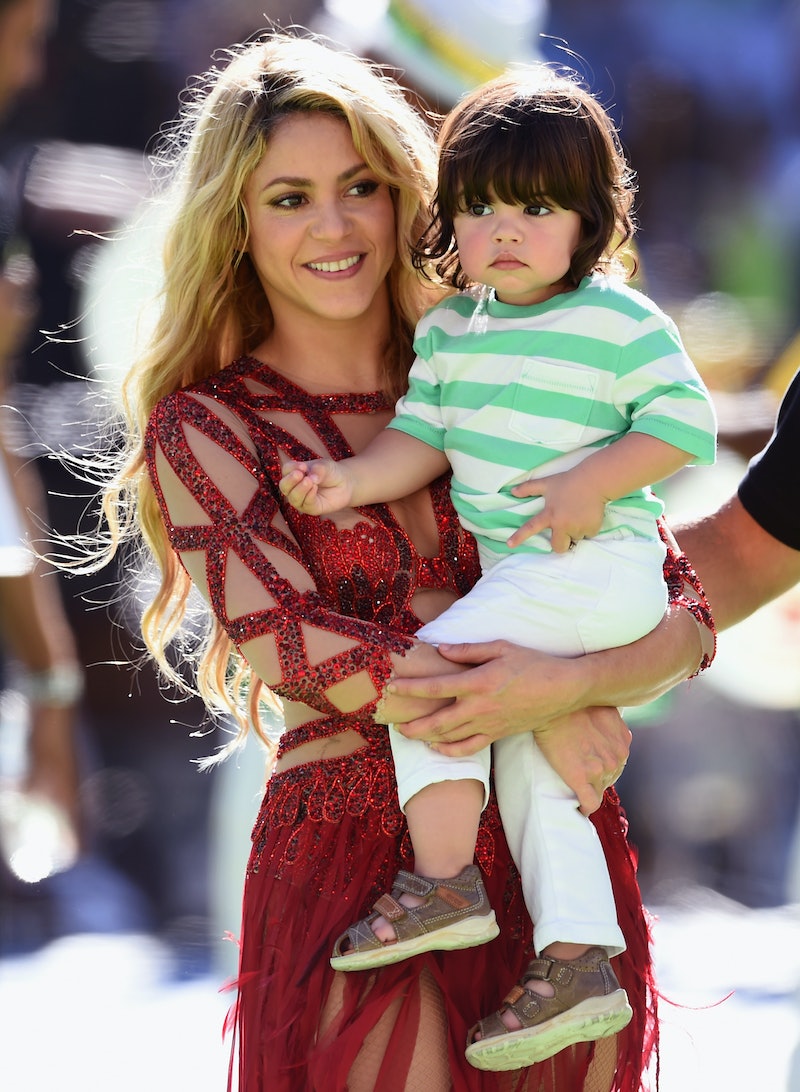 A few weeks ago, Shakira confirmed that she's having a baby. There was speculation that the "Hips Don't Lie" singer/former The Voice judge may be expecting another adorable bundle with her partner, Gerard Piqué, and she finally confirmed the news to the Mexican edition of Cosmopolitan. Woo-hoo! Babies! Yay! And now it's been confirmed that Shakira and Piqué will be adding yet another little dude to their family. Yep, Shakira's expecting another boy. The weird thing, though? Her parents are the ones who confirmed the news. Odd, right?

In a statement to Hola! magazine, Shakira's parents said, "We’re very happy. She’s having another baby boy — a playmate for Milan." I mean, it's great that the pop star is having a brother for her sweet son, but shouldn't she have been the one to confirm the news? I'm guessing (read: hoping) that Shakira gave her parents the okay to break the news to everyone. Otherwise, this is just strange. It's the job of the parents to reveal the baby's gender, not the grandparents. Or maybe I'm just weird and uptight.

Congrats to the happy couple on their second pregnancy. And congrats to Shakira for being so laid back and cool. I'd be seriously annoyed if my parents told the world what I was having!