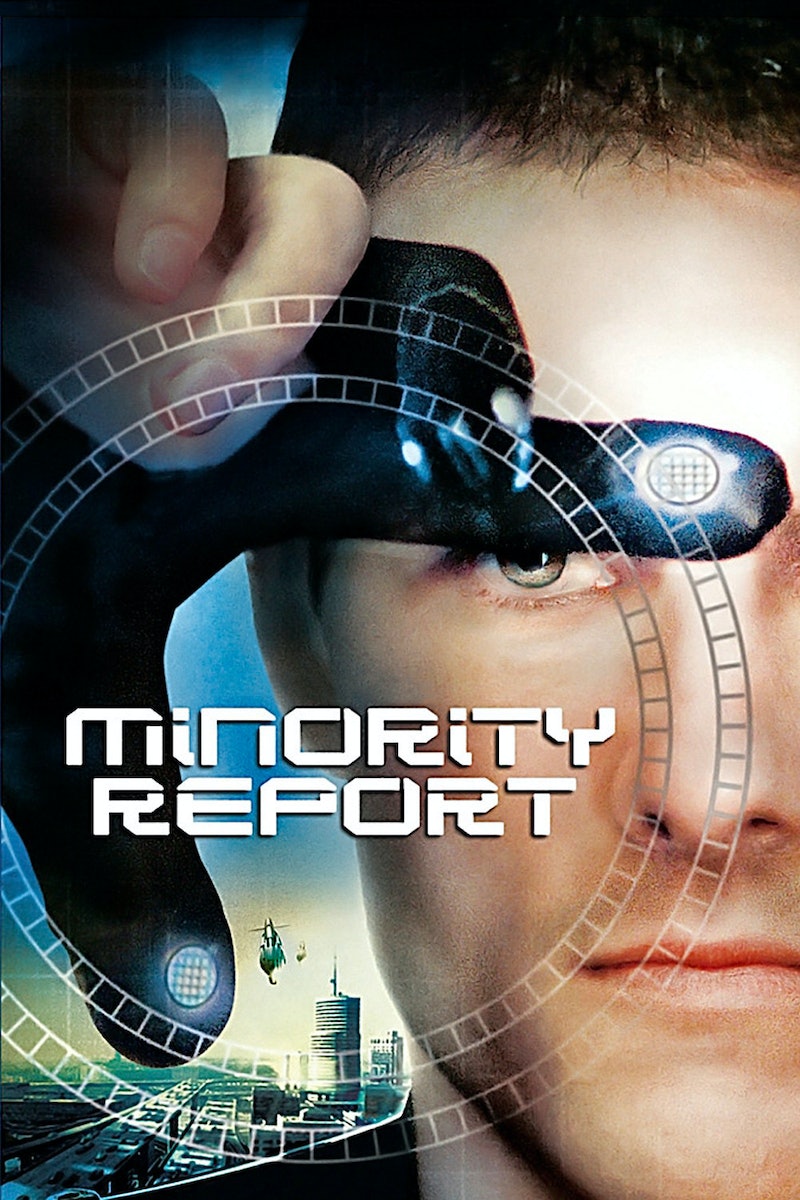 Tom Cruise probably won't be joining this one, but nevertheless, I'm excited that FOX has decided to make a sequel to the 2002 sci-fi thriller Minority Report for the small screen. The show is taking place ten years in the future (the future of the future!), after the pre-crime division has been disbanded.

The concept of the film was a little convoluted, as expected when you adapt a film from the writings of the incredible Philip K. Dick, but if you'll recall correctly, the gist is this: Tom Cruise was a pre-crime detective who could move floating screens around with his hands; the pre-crime unit predicted and stopped crimes before they happened, and their method of seeing into the future were three pre-cogs: human beings trapped in goop and forced to work for the government.

In all seriousness, though, Minority Report was one of the COOLEST films of its time, and 12 years later with a wealth of new technology, it'll be great to see the future as we see it now. The plot, so far: a male pre-cog teams up with a female detective because he's having more visions of the future. As a lover of shows with female leads (but really, when is Scandal back) and any detective/crime/thriller, I'm thrilled that the TV thriller is going to star a woman. Not that I don't love Tom Cruise and have wistful hopes that he'll abandon Scientology and come back just in time for the show, but it will be great to see a female lead in a sci-fi crime series.

Add that to the fact that True Detective is going to cast a female lead for their second season (and it might be Regina George, to boot!), that I'm a little less exasperated by the dearth of female faces as leads in primetime shows. The show will take place in the year 2064, and my bets are on Apple to be supporting the technology: a watch that tracks your heartbeat?! Pretty impressive, but we were promised jetpacks.