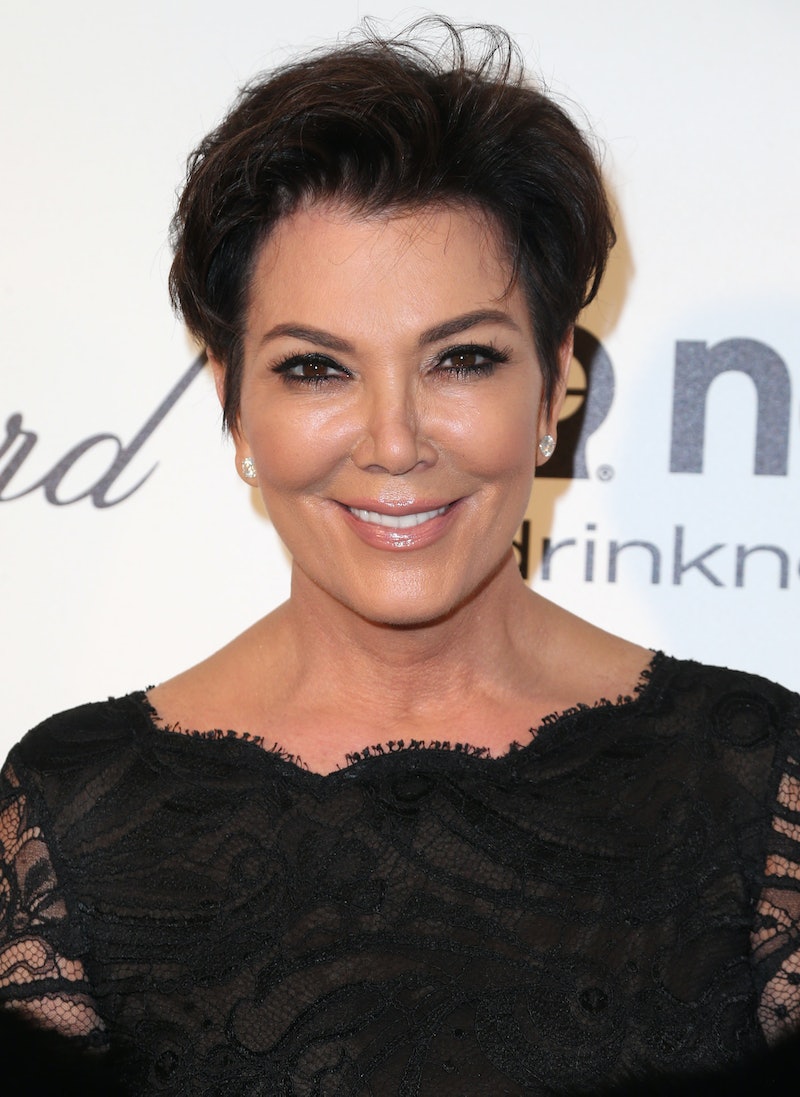 No Kardashian-Jenner is exempt when it comes to stalking. According to reports, the Kardashian matriarch, Kris Jenner, is being stalked right now — and, actually, her case sounds pretty damn terrifying. The FBI raided a room at the Four Seasons hotel in Beverly Hills on Friday and confiscated a cellphone, laptop, iPad, and iPod touch from Christina Bankston, a woman who's been accused of making death threats to Kris Jenner, hacking into her accounts, and allegedly calling her up to 300 times a day. Bankston hasn't been arrested (yet), and she's going with the story that a "friend" borrowed her computer over the course of eight months, so she's not really sure what went on. Oh. OK.

But perhaps the freakiest thing of all to come out of this is a video that TMZ recently found, which features Bankston on a roller coaster with a friend, screaming, "I loooove yoooou Kriiiiis," as she plunges and loops all around. Again, the investigation is ongoing, but who the hell would say something like that if they weren't completely and totally obsessed with Jenner? That's just... weird.

This isn't Jenner's first brush with a stalker. In fact, a few months ago, she hired extra security after a man who "reeked of body odor" broke into her home. But this certainly may be the freakiest. I mean, phoning up to 300 times a day and yelling "I love you, Kris" while riding down a coaster? That ain't right. Here's the video if you want to take a gander. And sheesh, be safe, Kris!