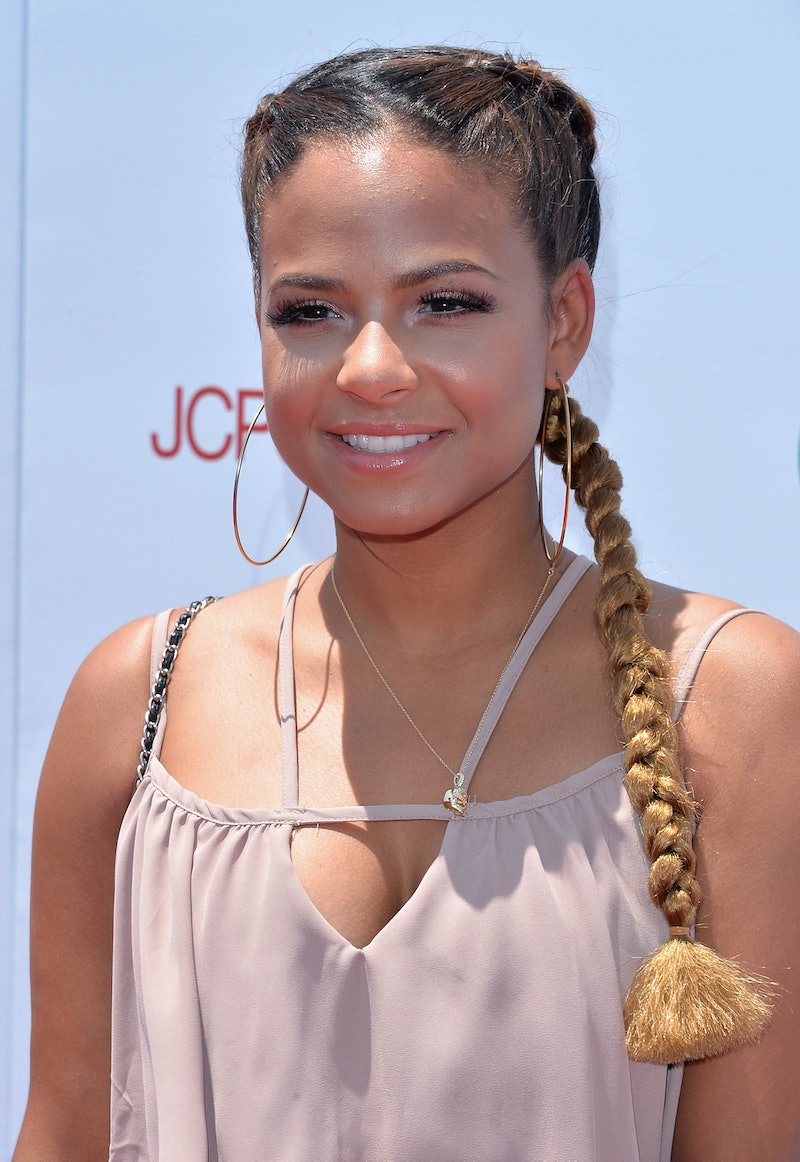 One day soon, I hope to unearth the reasoning behind my exhausting desire to root for the underdog. Until then, allow me to introduce singer Christina Milian's career as the latest celebrity cause I've chosen to champion. According to The Wrap, Kelsey Grammer has signed on as executive producer of the tentatively titled Christina Milian Turned Up, an E! docuseries that will show the singer working to balance her life and career. Maybe it's because of how she wears her topknot or the fact that she's included on this list of forgotten artists from the 2000s, but I really think this reality show could work out in her favor.

Using reality TV as a career revival remains a questionable method amongst previously established celebrities, but there are some stars like Toni Braxton who have successfully used reality TV fame to their advantage. That said, it definitely couldn't hurt Milian's career if she landed headlines for something other than whether she's dating Lil Wayne. Her history of dating guys in the music industry has led some to assume that's her only legitimate claim to fame, something Milian adamantly denied on Instagram.

Instead of taking to social media, Milian's reality show can highlight her current and past endeavors. For those who don't know, she was featured on Season 17 of Dancing With the Stars and served as the social media correspondent for The Voice. In July, she announced plans to release a mixtape, and according to the show synopsis, she is the "owner of Viva Diva Wines, creator of an animation project Shelby Star and a motivational speaker with a strong passion to inspire women."

For numerous celebrities in Milian's position, reality TV may have only served as the high-profile equivalent of a dead-end job, but she has the potential to gain some long-term career benefits. After all, she has the support of a huge rap star in Lil Wayne and a widely respected actor in Kelsey Grammer, along with a major TV network, which doesn't sound like a bad place to start.