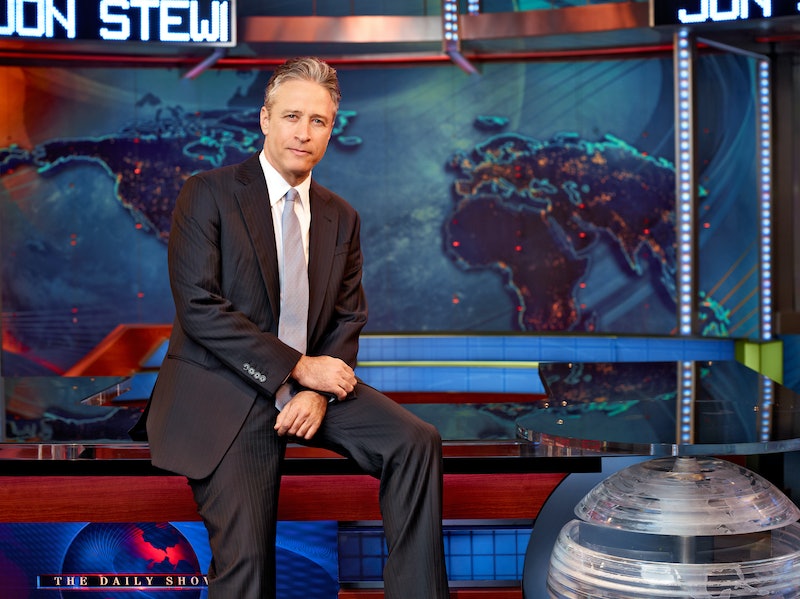 Well everyone, he's back from the Toronto Film Festival, and Jon Stewart needs the happenings in the "ol' U.S. of A." During his crash course, Fox News told Stewart that we are going to war ("Were we briefly not at war and I missed it?"), and as he slaps on his oversized flag pin, he demands to know who we're fighting this time. But as John Stewart learns all about ISIS, he wants to know one thing: when al Qaeda let the ball drop.

In what Stewart calls a "classic Coke vs. Pepsi situation," he runs through the aggressive new recruiting strategy of ISIS, drawing comparisons to the one-time-most-talked-about terrorist group. The clip collection shown on Tuesday's The Daily Show basically has Al Qaeda beat on all fronts: ISIS has better social media presence. ISIS has better weapons. ISIS has taken the world stage.

Ugh, so like, al Qaeda is just like... so .. whatever, which Stewart let us know in his best basic bitch voice.

"Al Qaeda is so over, they're so done. They're so whatever. I don't even care about... it's like. Justin Beiber and ISIS are like, whatever. Al Qaeda, it's like, I used to have their pictures up, but now I think they're so stupid."

Ugh, totally. But he wants to help out. He's got a little bit of advice.

"Where do you think the ambitious young terror talent is going to go? It's time to step up, al Qaeda, and show everyone you're still relevant in today's fear market."

And it turns out that they are still relevant! As of Sept. 4, they were getting air time on CNN. And hey, that's not nothing! Right, Jon?

What the — what is that going to do? ISIS is cutting a vast swath through the Middle East, setting up a new fundamentalist, brutal caliphate. And your response, al Qaeda is, "Well, hey everybody. Guess who has two thumbs and just leased office space in Bangalore?

All in all, Stewart concedes that al Qaeda may be a little outdated for the tech-savvy ISIS militants. But not all is lost. You just need a little bit of rebranding! What about a sports team?

"Eh. I'm not sure you want to be associated with something as disreputable as professional football right now."

"Al Qaeda, you're not old fashioned with the caves and the VHS tapes. You're an artisanal, slow-terror-bomb-to-table organization."

Glad we could get you caught up, Jon.

More like this
How To Follow The New Royal Family Social Media Accounts
By Sam Ramsden
Here's Who's *Really* In Charge Of The Royal Family
By Savannah Walsh and Meguire Hennes
Archie & Lilibet Are Eligible For Royal Titles — But There's A Catch
By Jake Viswanath
Kate Middleton & Prince William Were Booed & Mocked On Their U.S. Visit
By Jake Viswanath
Get Even More From Bustle — Sign Up For The Newsletter