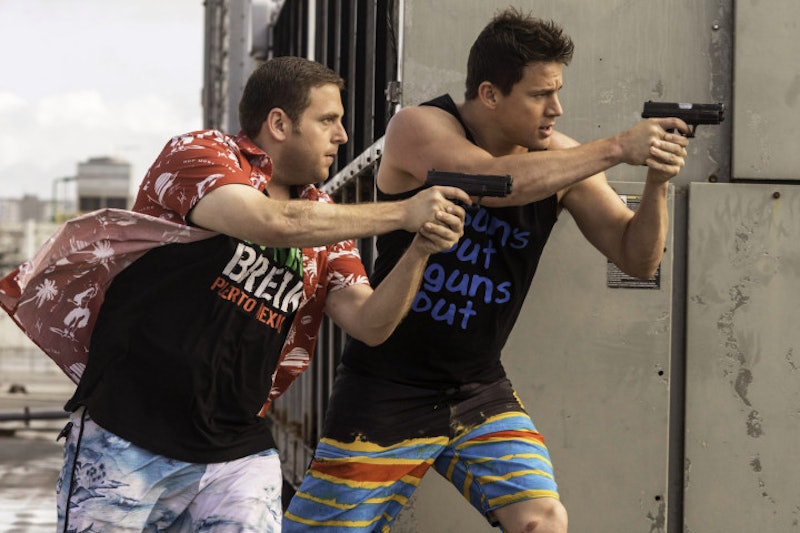 Hollywood may be the land of unnecessary sequels, but this is one that I can legitimately say I am truly excited for. According to Deadline, 23 Jump Street may be legitimately happening, with 22 Jump Street writer Rodney Rothman reportedly being set up by Sony to pen a script for another hilarious installment in the franchise. While there's been no official word from the cast or Sony to confirm this report, Deadline has a history of being pretty correct when it comes to insider-y Hollywood news like this, so it might be safe to get excited and start making movie plans for when this thing comes out.

Plus, it's not a completely out-of-the-box idea: 22 Jump Street killed box office competition upon its release, and movie studios love trying to repeat success.

Also not clear is whether or not 23 Jump Street will follow the outline of theoretical sequels that 22 Jump Street presented during the credits, which included titles such as 2121 Jump Street, 24 Jump Street: Foreign Exchange Students, 36 Jump Street: Military School, 40 Jump Street: Retirement Home, and 29 Jump Street: Sunday School.

However, considering based on that timeline, 23 Jump Street would be "Medical School," it wouldn't be such a bad idea if they did — sending the boys to med school is kind of a compelling plot. After all, remember the first time around that Channing Tatum's Jenko was forced to learn science, in 21 Jump Street?

The possibilities are so plentiful here.