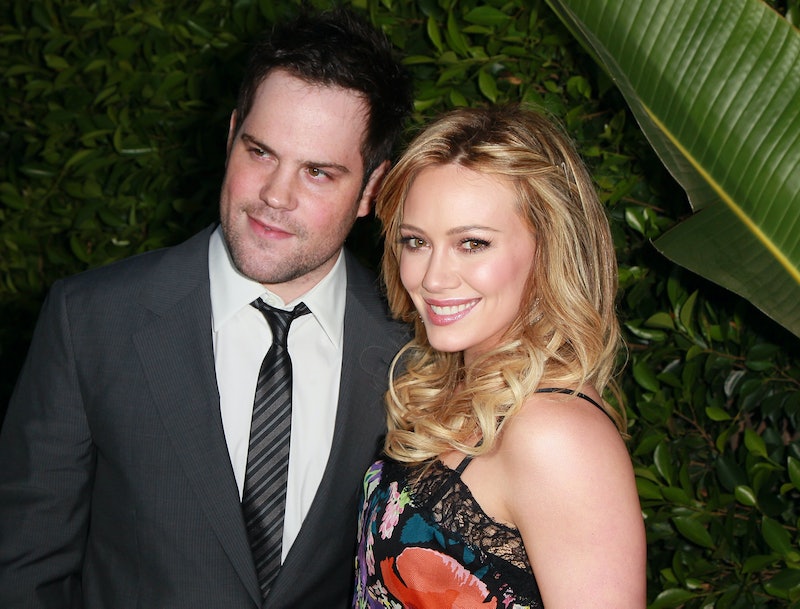 I don’t think I can get behind the new celebrity trend. Don’t get me wrong I’m digging the ombre'd hair. I love the 1920s-style bobs. I might not buy the return of the bucket hat, but I’m not entirely bothered by it. What I don’t understand is the growing acceptance and sincere use of the phrase “conscious uncoupling” or the now more succinct “uncoupling.” Of course, it started when Gwyneth Paltrow and Chris Martin split up back in March, but it's since been used more and more often. In fact, Lizzie McGuire sweetheart Hilary Duff used the phrase “uncoupled, for now” to describe her relationship with her currently separated husband Mike Comrie because, apparently, they might get back together.

I admit that I’ve used the phrase myself — OK, really, I might’ve over-killed it as a joke — but my point is that it’s a bombastic, ridiculous phrase and should only be enlisted to mock Goop editor and actress Gwyneth Paltrow who obviously keeps a pocket thesaurus nearby at all times. When Paltrow and Coldplay frontman Martin decided to plain old separate, we all had a good chuckle over her use of the phrase because it was just so Gwyneth to try to make a simple divorce sound fancier and more gluten-free than it needed to be. To push the point home, she even announced it on her lifestyle website Goop, home of kale juice recipes and herb-filled spring salads.

We bloggers and celeb writers took to it because the joke wrote itself, and our overuse of it became a go-to for laughs, a reminder that celebs are just so out of touch with the rest of us peasants. So imagine my surprise at Duff using the phrase in such a genuine way.

Then I remembered that back in April, when Glee actress Naya Rivera and rapper Big Sean broke off their engagement, celeb sources like BET and Pop Crush referenced their split to be a "not-so" conscious uncoupling because the couple broke off in a pretty unfriendly way.

What the crap have we started, you guys?

Please oh please tell me that this isn’t going to be a thing. (Or worse, that is already is.) I haven’t felt this silly since everyone was using the phrase “bling-bling” in 1998. Sure, we shortened it to a semi-respectable (and acceptable) single “bling” to use when describing gems and shiny jewelry, but I avoid it unless I’m purposefully trying to be annoying. I will always think of this music video and everyone trying to be cool but just sounding crazy when I reluctantly say it:

Same goes for "bootylicious" — sorry Destiny's Child — and "selfie." I fought those words pretty hard when I first heard them, and I now hear them everyday. But let's not let that happen to "conscious uncoupling." It makes it sound like everyone else unconsciously divorces or separates, like in their sleep or while they had their heads turned. Divorces are divorces. Separations are separations. Sure, everyone's situation is different, but that's a given.

I can see “conscious uncoupling” taking over though. We mocked it to bits, and now we're shortening it to mean a split where everyone's getting along and it isn't messy. Duff certainly meant that when she spoke about her own "uncoupling" and hinted that there was a chance she and Comrie could reconcile.

And, yes I understand that “uncoupled” was already a word, but the new use of it is still annoying — or should I say irksome, vexing, and tedious. See? I can pull out my pocket thesaurus too. It's just unnecessary. Sure, it is beginning to have it's own meaning, but let's keep things simple, people.

So I beg of you, Hollywood, please don't make "conscious uncoupling" a permanent part of your vernacular. I blame you for this, Paltrow. You too, Martin. If only they avoided all of this and announced their separation like this instead: “Hey, you guys, we decided to make like a banana peel and split.” It's friendly, funny, and show they're obviously OK with it all. Plus, I could totally get on board if we started calling divorces banana peels. Let's see that happen.