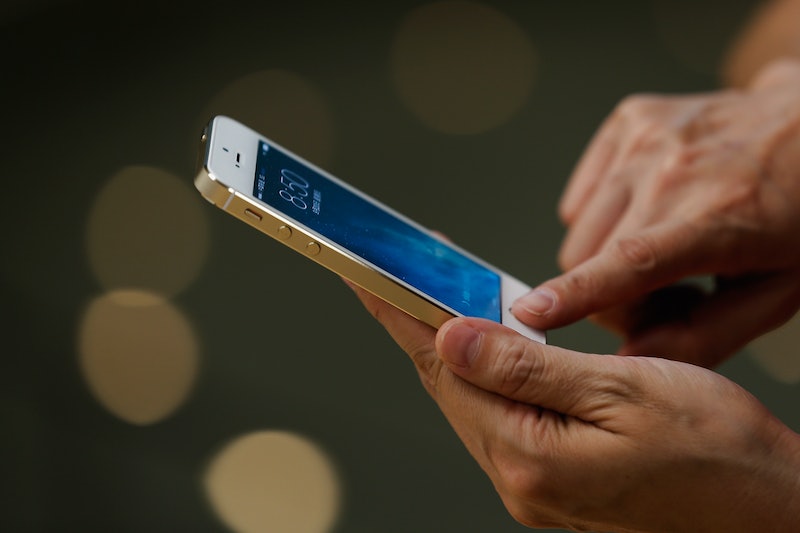 Probably everyone can relate to the sense of being surrounded by people and yet feeling totally alone; after all, depending on where you live you can walk past hundreds of people everyday without ever knowing their name. But now there's a Happn dating app that can introduce you to those strangers on the street — and set you up with them. Because, you know, why not?

The app was launched by a French startup and is already, well, happning in Europe. (Sorry, I had to. You understand.) It works by tracking users' GPS locations and noting any other app users they come into close proximity with — aka, who you pass on the street. Users can then indicate whether or not they are interested in interacting with this person based on their profile photos and whatever glimpse of them you may have gotten on the street. If both users are interested in each other, they can chat. Or, if only one user is interested, they can pay for "charms" that let them contact the other person.

The whole thing is basically a way for you to ask out the hottie who walks by without having to do a 180 and chase him down like a freak. Or, since this whole system was designed by the French, maybe it's just a way to hit on people in French cafés without getting out of your seat. Who knows?

So is this the new alternative to Tinder? Do we need an alternative to Tinder? I suppose with Happn it's possible you'd have fewer matches to sort through, so for people turned off by the sheer volume of Tinder this might be a nice change of pace. Plus, if you start actually dating someone, you can just tell people you met by locking eyes on the street or spotting each other across a crowded coffee shop, rather than having to admit you met on Tinder. So there's that.

But then again, as much as the whole "crossed paths" thing sounds more romantic than "we both swiped right," physically crossing paths isn't actually a better indication of compatibility than being in general proximity. And depending on where you live, the number of people you cross paths with everyday might still be overwhelming — or result in no matches at all, since the user pool is bound to be smaller. Besides, Tinder has Britney Spears and a bunch of feminist guys.

But hey, no harm in checking out something new, right? I mean, if you happen to bump into your future Mr. Right, I suppose you deserve to know about it.