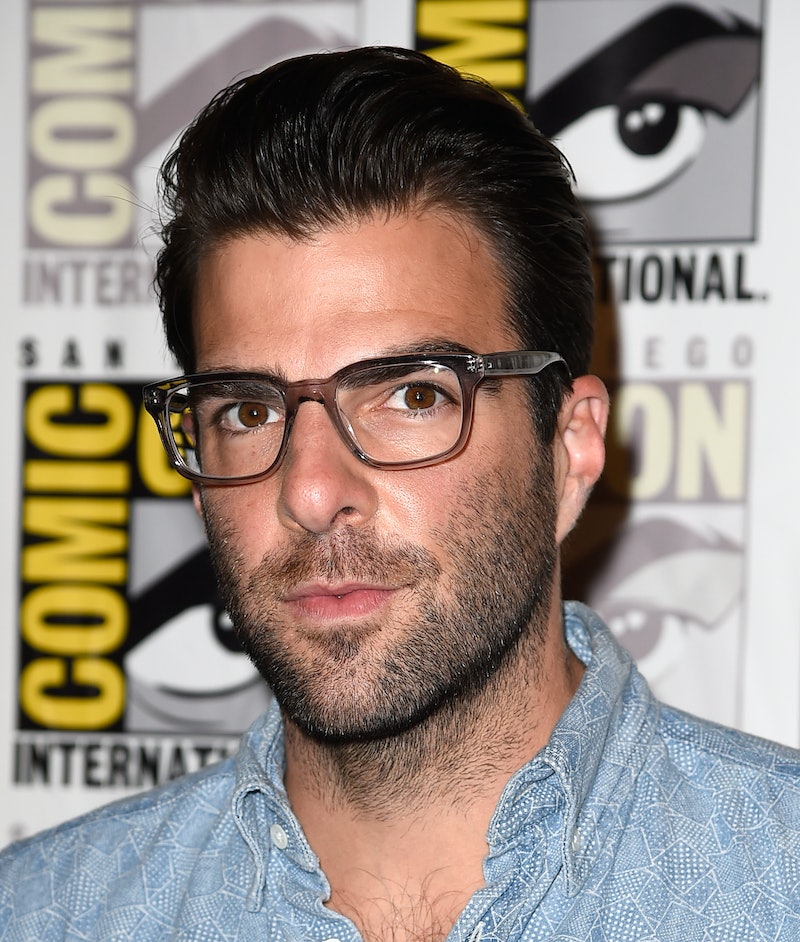 Zachary Quinto does evil and conniving quite well. Remember when he was the malicious Sylar on Heroes, before, you know, the show went awry? He'll ignite trouble once again in his next role, except this time, he won't have superpowers to save him — he'll be at odds with his neighborhood, as Entertainment Weekly has reported that Quinto will play a man who slaps a child in NBC's new miniseries, The Slap . Dark and provoking much?

The official description sounds awfully foreboding — but in the good, dramatic way. It says:

Married, with a 15-year-old son, he [Harry, Quinto's character] is a mechanic/dealer specializing in expensive European automobiles, and lives with his family in a Brooklyn loft. Perennially angry but seemingly pleased with his life, Harry is a staunch believer in family and loyalty and never shies from picking a fight. However, Harry picks on the wrong guy when he slaps the horribly misbehaving child of another couple.

But despite the show's ostensibly dark material, it's not without a hefty amount of dramatic support, as Peter Sarsgaard and Mary-Louise Parker have signed on to co-star. The West Wing scribe Jon Robin Baitz will pen the eight-episode miniseries and will draw inspiration from a similar Australian project that was released in 2001.

Moral transgressions are often hits with viewers — Walter White was no stranger to questioning his values, and Game of Thrones rounded out its most recent season by having a favorite character commit patricide. Further, with a provocative subject matter and an A-list cast, this mini-series will likely prove to be a success, albeit a disturbing one.