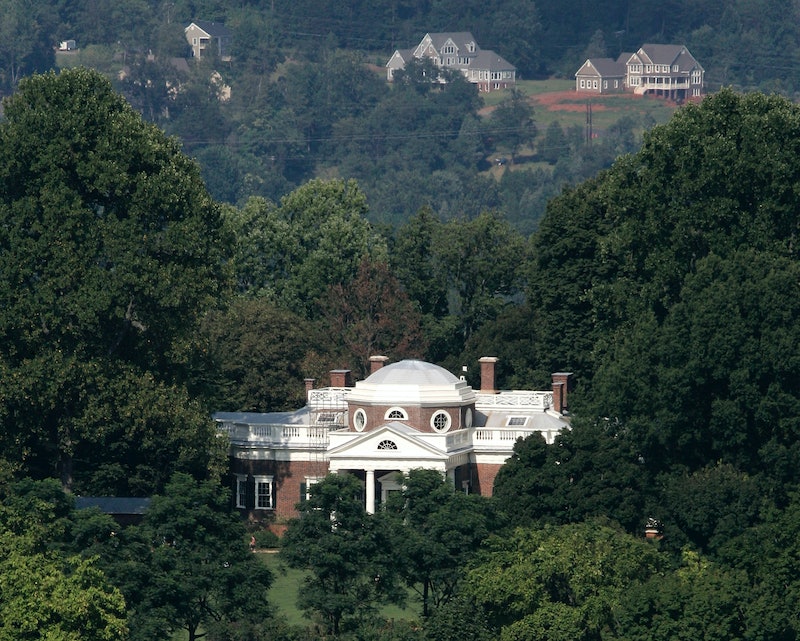 Nestled right in the heart of Central Virginia, Charlottesville is surrounded on all sides by an eclectic mix of cattle farms, vineyards, celebrity estates, and a Southern twang that can only be crafted through the generations of our first settlers. It’s a place where tradition and wholesome country living meets the bluest blooded Virginia families and New York and LA transplants. Here, you’re just as likely to be driving a rusted out and mud-spattered pickup as you are a Porche.

Charlottesville is kind of like the iconic quilted Chanel bag — small, simple, and traditional — yet impossibly chic. We may only have 40,000 people, but we also just so happen to be home to more national superlatives than we can count and, dammit, we know how to make a statement.

Thomas Jefferson, the guy who basically defined everything it means to be an American, figured it out, like, 250 years ago and chose this place to house his genius. Ever since, CVille (as only a true local may call it) has become a mecca of true Southern gentility and bucolic perfection.

If you live here, you know what I'm talking about. There are some things only CVille natives (and yes, I promise, everyone in town knows who you are), can truly understand.

You know the Ferrari-to-person ratio is high

But the restaurant-to-person ratio is, actually, the largest in the country

You know the butcher, baker, and chocolatier can all be found on Main Street Market

And that Bodos Bagels are the best on Earth

Happy hour is all about a local wine or craft beer

Because, you know, everyone and their neighbor probably has a vineyard, brewery, or cidery (or whatever it’s called). If not, you can get the necessary equipment next to the chocolatier. It's called the Brew Ridge Trail for a reason, folks.

But if you go to UVA, happy hour is all about sipping a Zima or Franzia on the balcony

There’s the bypass no one wants but it still being built, speed limits with Tourette’s, and whatever the hell is going on through East Main. But who’s complaining?

And speaking of the speed limit…

There’s the CAT, the JAUNT, the Green CAT (you know, the trolley thing?), the UTS, the UVE, the VRE … and if all else fails, there’s the Fun Bus.

But with so many bike lanes, you’d be crazy not to ride

…Until you realize that, somehow, everywhere you need to go is uphill.

If you’re not training for your next marathon, it’s because you’re either playing golf or at Pure Barre

if you're a guy, you’d best believe you own pastel-colored pants

And if you're a lady, you definitely have something with a Tory Burch Logo on it

Flip flops are year-round attire for you

You know where to find The best homemade moonshine

If you’re not into local brews or Zima.

You think of Thomas Jefferson as a sort of best friend

He lets us call him TJ.

if we’re proud, it's because, um, we’re great at everything

case in point: We've been named the best city to live...

...one of America’s smartest cities

...one of the most romantic cit i es

...the best small town for food

...one of the best cities for working women

...one of the best places to retire

...THE best place to retire if you're a golfer (and please, who isn't?)

...one of the top cities for launching a business

yeah ... did we mention this is the best city to live in?