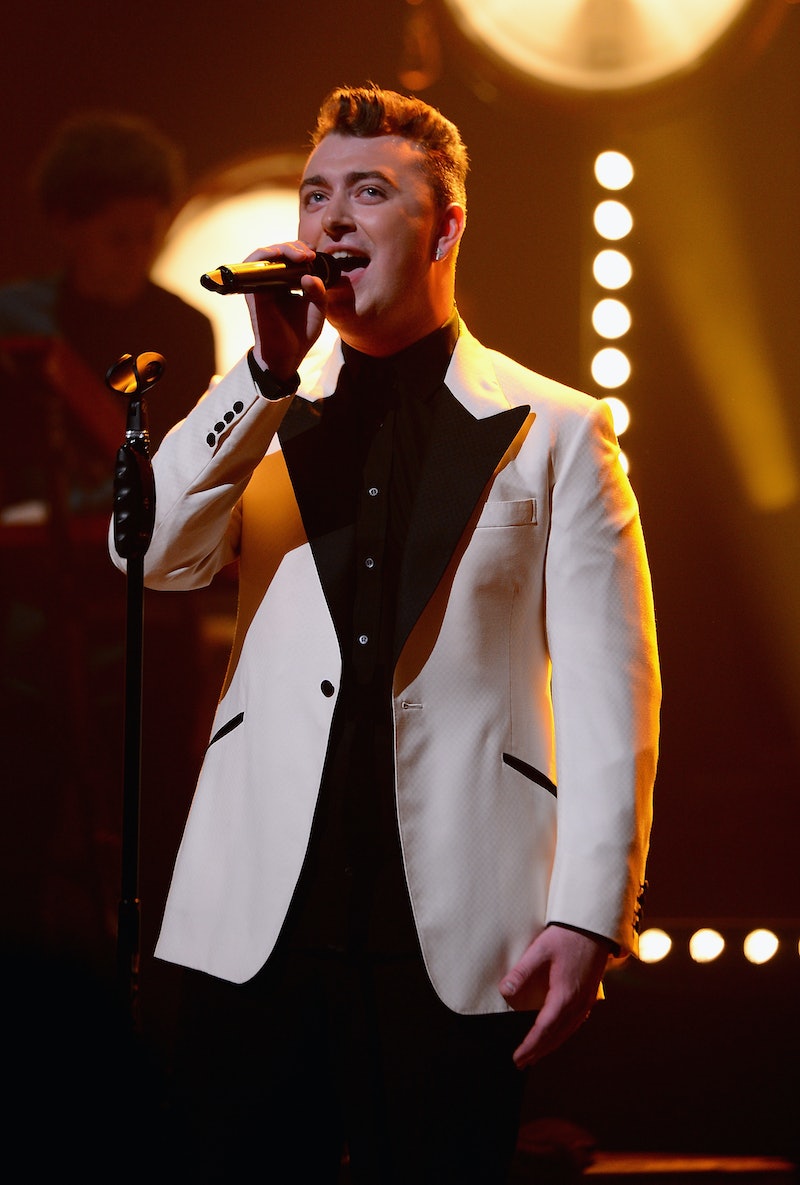 As it has been foretold in the pop culture scriptures, when the angel Adele went on hiatus, God took pity on us mortals and cast down Sam Smith from the heavens in her stead. You see, he knew we were in need of a sultry, British, singer-songwriter to pen us incredibly cathartic tunes to touch our very souls. And we must have been very good little girls and boys this year because oh, did Sam Smith deliver.

But, despite how much I love Smith, I say this with no hint of exaggeration or sarcasm, he also upsets me to my very core. I don't know why it is that the best songs happen to also be the most depressing ones, but they just are. Don't fight me on it. Give in. Sam Smith practically cries into the microphone and we weep with along with him, readily.

So, if you've ever found yourself staring blankly at your bedroom walls for hours as "In The Lonely Hour," plays on loop in the hazy background, you know that it evokes a special kind of moroseness. One that can only be felt or replicated in our darkest moments. Here are those instances when life is so bleak, that it's reminiscent of a Sam Smith song:

So close to happiness, yet so far.

It's a wonder you even leave your bedroom after that middle school experience.

Because of course it would. Because it's you.

...WHEN YOU REALIZE YOU'RE GOING TO BE ALONE FOR THE REST OF YOUR LIFE

WHENEVER YOU WATCH BEACHES

SHOWING SOMEONE THE "CHRISTIAN THE LION" VIDEO FOR THE FIRST TIME

He REMEMBERED THEM. MY HEART CAN'T TAKE IT.

WHEN YOUR IMAGINARY CELEBRITY CRUSH PROCREATES OR GETS MARRIED...WITH SOMEONE OTHER THAN YOU

WHEN YOU STUB YOUR TOE