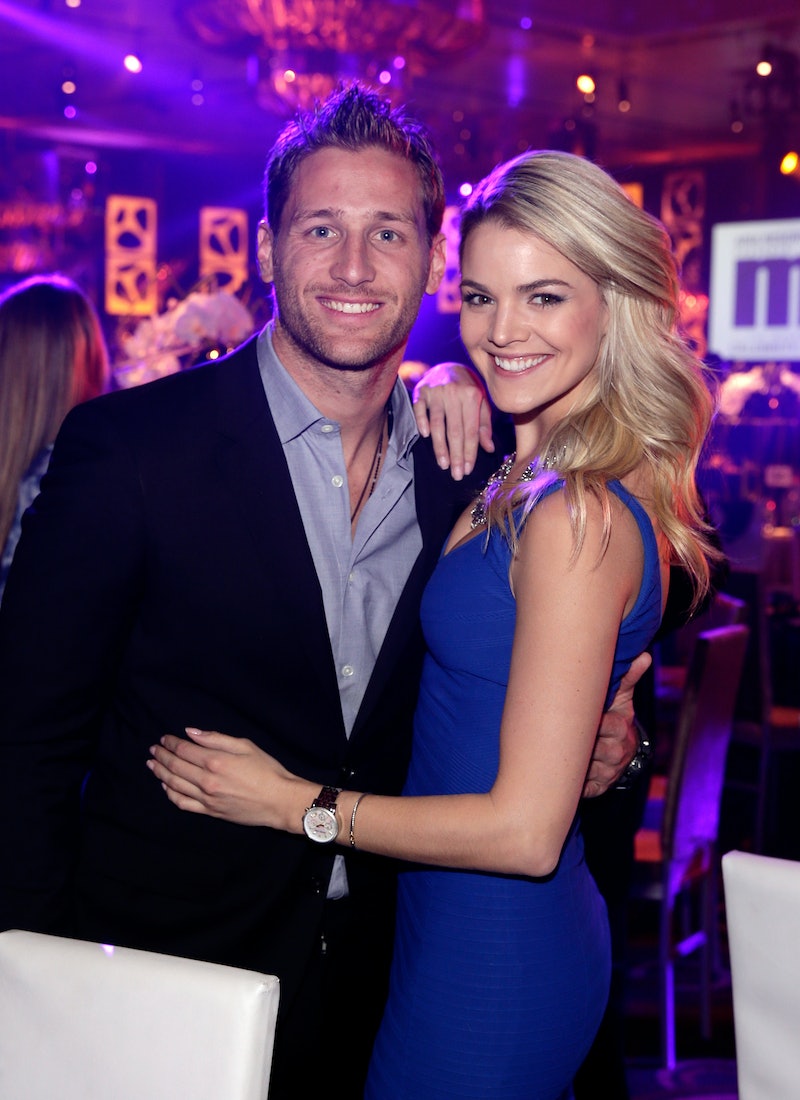 I'm going to drop a bomb on you that will likely put you into shock: The Bachelor couple Juan Pablo Galavis and Nikki Ferrell never got engaged and yet, they are in some desperate need of therapy. VH1's Couple's Therapy, that is, because we would never expect Galavis to deal with his problems off camera, of course. Oh, wait, you're not shocked? Neither is anyone else.

Something that was kind of shocking, though, was when Galavis failed to propose at The Bachelor finale, which was kind of the point of the whole show. Fans were up in arms, I was up in arms, but the always graceful Ferrell took it pretty well. I assumed that he was waiting to pop the question in private, or maybe let the media circus die down a bit so he could truly get to know Ferrell, away from the cameras and Chris Harrison. However, a ring has yet to be produced, and in the preview video for the episode, Galavis admits that not only has he not yet proposed, but he's also yet to say "I love you"... even though Ferrell supposedly says it to him all the time.

If you're cringing for poor Ferrell, it's okay. I am too.

This is where I have to roll my eyes. It means a lot everywhere, not just in Venezuela, you special snowflake. You are the one who chose to go on a reality show to find love. Don't talk to me about the sanctity of engagement rings! Even worse was Ferrell's reply, which made me a little heartbroken for her.

Just because he hasn't said it to me, doesn't mean that I don't say it to him. I don't expect him to say it back when I say it. Maybe one day, he will. In all reality, we haven't been together too long. But he does. He loves me. He's committed to this.

I sincerely hope that JP is waiting on the ring and the "I love you" because he's not ready or unsure, and not because he's withholding them to use as a power trip on the unassuming Ferrell. Would it honestly surprise anyone if he was, though? In that same clip, he mentioned that "Everything she does that I don't like, I'm like, 'Is this gonna work?'" To me, that sounds a lot like Galavis is looking for someone who does nothing but agree with him, and wants someone he can control, and if that's the case, I really hope Ferrell wises up and gets out of there sooner rather than later.

As a true naive romantic, rarely do I root for celebrity relationships to fail. I so want to believe that Hollywood can become some sort of giant Neil Patrick Harris and David Burtka fairytale. But this time? I kinda want to see it go down in flames so that Ferrell can find someone who truly deserves her. And it wouldn't be the worst thing in the world to see Galavis live a lonely life until he can learn to be a decent human being who can treat his significant other with respect and love, despite whatever "flaws" she may have. If he takes anything away from Couple's Therapy, I hope it's that.